Since the increased legalization of cannabis in many States, the ensuing Green Rush has meant a massive and untapped market for newcomers to the drug. We break down some of the ways brands are targeting different segments through branding methods that are already familiar to us.

From Connoisseurs to Casuals

Well before the Green Rush and the flood of Silicon Valley-backed cannabis products hoping to target the new markets that would emerge, there were already brands working hard within the then legal grey zone to tap into the new lucrative market.

For one, Sherbinskis, a California-based flower company, was an early mover that would establish itself in the space as a purveyor of highly-curated craft bud produced out. The same went for Proper. That brand invested heavily in the experience of educating customers by testing and categorizing thousands of products and their effects using the data-driven approach of founder Mike France.

Since then, the market has diversified in terms of brands targeting different segments. From the highly discerning OGs who know exactly what they want in a high to casual or first-time users dipping their feet in new experiences, there’s a visual branding style to match their comfort level. The same can be said for whether a brand is targeting users taking cannabis for recreational or medicinal purposes.

Codo Design has given a detailed breakdown of some of the more recent visual branding trends that are prevalent in the market. Though nuanced, (almost) all of them are trying to make legal cannabis products more approachable for newcomers from different segments. We’ve arranged their (often accurate and hilarious) categories on a rough spectrum: 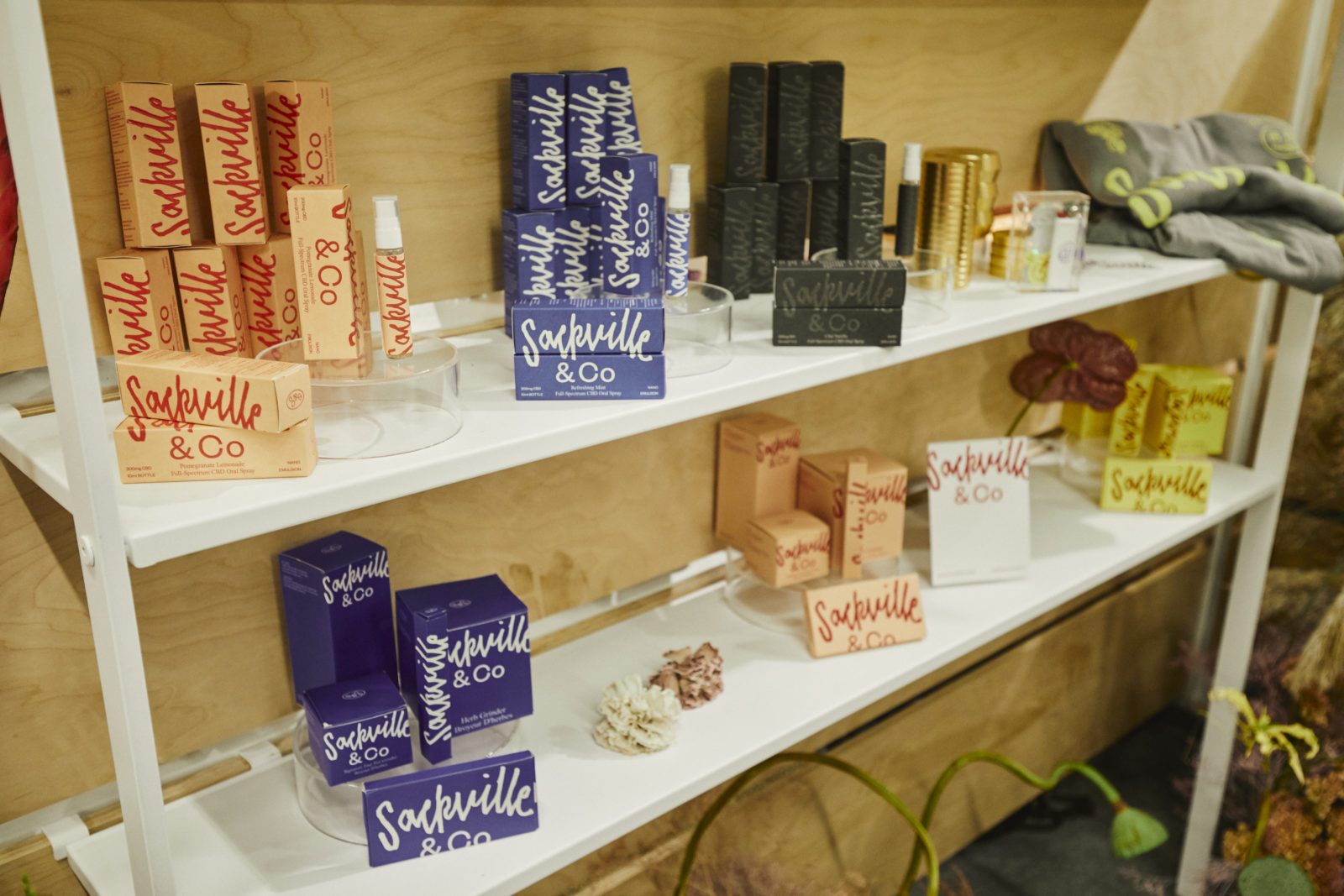 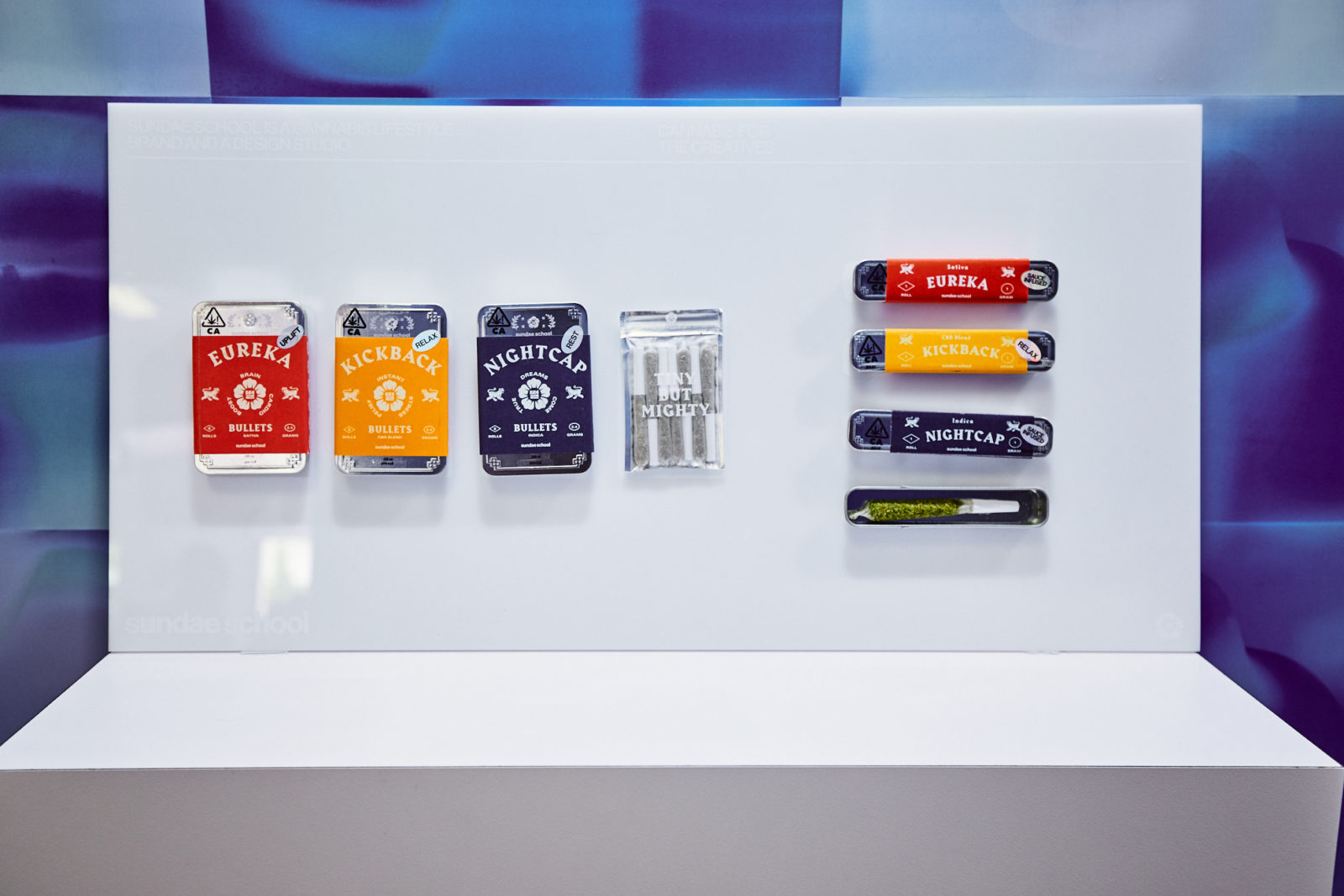 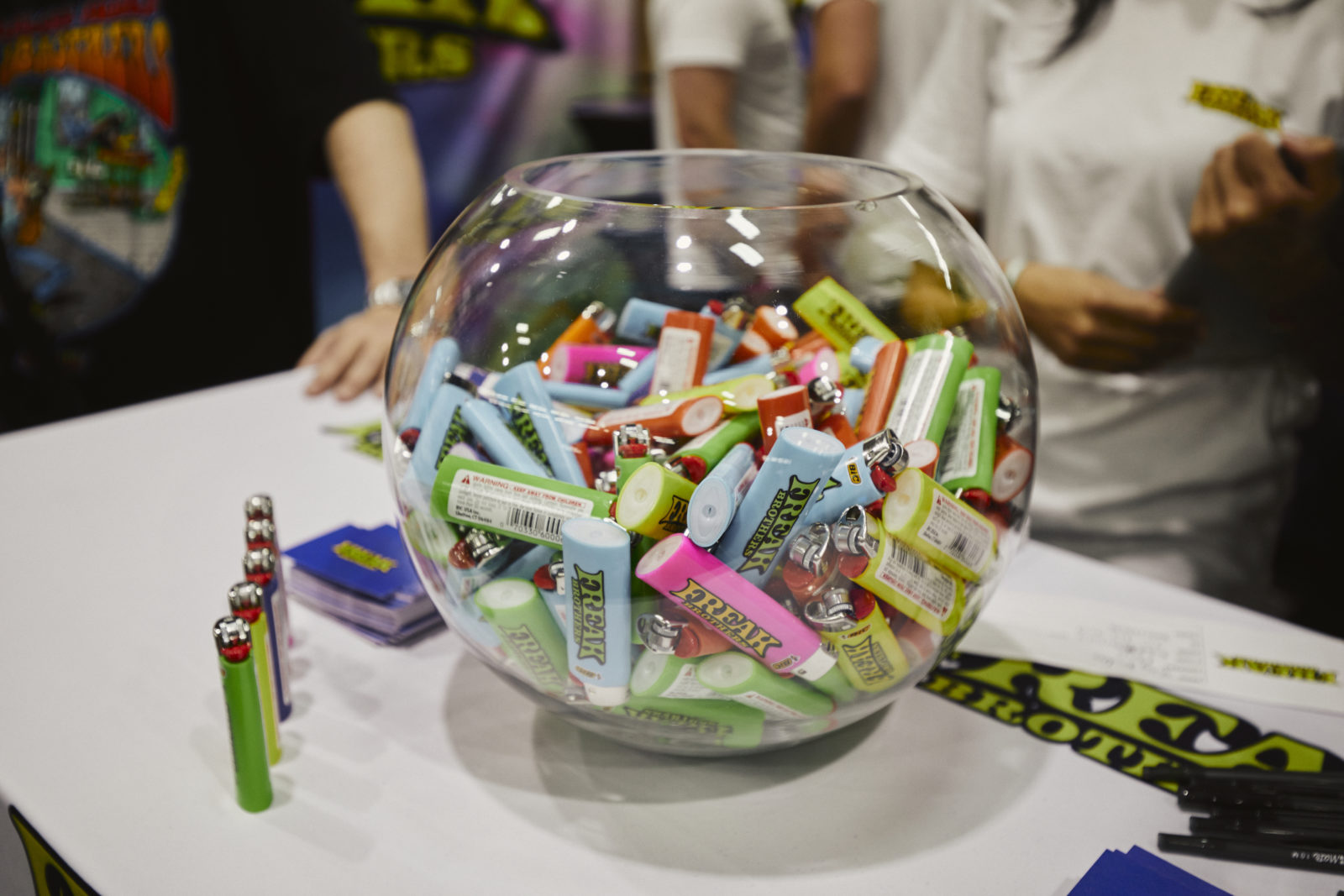 To see how some of these different products can play out visually, check out our story on Hall of Flowers, a trade show devoted to the cannabis industry and community (and where the photos in this Analysis are taken from).

Call it “tried, tested and true,” on-trend or even laziness, much of the branding we see in cannabis products today is grafted from brand trends that were applied to other lifestyle segments like health and wellness, artisanal goods, and pure nostalgia. As the legal industry continues to develop and new markets become involved in shaping it, we’re interested to see what new forms of visual expression emerge as a result.

The ideal for many of us is that we already have a robust process for teasing out the little bits of fleeting creativity to produce something, but sometimes (or often) that doesn’t happen so easily and we need a bit of “help” to get things going. But do drugs like cannabis and alcohol actually make us more creative?

While there are certainly a plethora of drugs that improve the mental capacity to support creative endeavors (such as stimulants like modafinil for focus and other nootropics), to narrow things down, we’re going to focus on the two drugs most popularly associated with the creative genius in authors and artists, alcohol and cannabis.

As for the creative side, two types of thinking are commonly tested in researching creativity: convergent and divergent thinking. The distinction between these two comes most famously thanks to the work of American psychologist Joy Paul Guilford. In a nutshell:

While the human mind doesn’t strictly think (or create) this way, the dynamic of being able to think broadly for multiple solutions or hone in on a few targeted ones is one creatives frequently have to call upon.

Anecdotal and personal experience suggests that ideas can flow a little more smoothly after a few hits (or bites) or drinks such as a Fernet Hunter and soda — or the improvised “pick-me-up” known as the Earl Simmons. But we also know all too well that we don’t produce the best ideas or even the most relevant ideas when we’re absolutely stoned or trashed.

The science lends some credence to this:

But here’s where we get to the chicken and egg problem: are people more creative because they take drugs or are they already creative in principle but happen to like drugs?

The answer is evidently a bit of both, but a recent study measuring the link between cannabis and creativity suggests there might be some weight to the latter. Here are the highlights of that study on cannabis:

For creatives, take our interpretation of the science with a grain of salt, but the research seems to somewhat reinforce what we know or can readily find out with any personal experiments at home: regardless of whether you need to think broadly or narrowly, your mind has to be open.

It goes without saying that subculture promotes the enjoyment of substances at a rate that exceeds clarity and education on its abuse while the mainstream consciousness misunderstands the whole dynamic. When fondly remembered in art, music, and literature, drugs have a disproportionate, almost mythical weight that ignores the truth: Hemmingway’s philosophy of “Write drunk. Edit sober?” Great marketing, terrible advice and simply not true according to his granddaughter.

In reality, people smoke and drink and they might happen to be creatives. But not only can they do so as a healthy habit in their lifestyle, but they can also do so whether it’s part of their creative process or not. They can also do other things to get them to a creative headspace that doesn’t involve drugs (though we’ll give the caffeine hit of morning coffee a pass in this case).

Everybody’s personality and process are different, so there’s no hard or fast judgment on how much is enough to get the juices flowing when they’ve stopped — when we’re down to mentally “wringing the cloth dry” to come up with something. If you find yourself constantly moistening that cloth to have something to squeeze or rolling it up and smoking it to get every last bit out, that’s probably a sign something else needs to change.

But if the nature of our modern work means either a lot of stress to cope with or just a lot of creating on the daily, what’s wrong with using some of the oldest chemical technology to keep us going — even in combination through the delightfully-named crossfade (the pairing of cannabis and alcohol)?

Nothing, really. All that matters is when we can recognize for ourselves a difference between on-off quick fixes, reliable if only one of many tools in the creative toolkit, and chronically debilitating crutches. Otherwise, being able to create in any direction means a loose and open mind. However you get there is entirely up to you.

⚖️ As cannabis becomes both luxury and lucrative, what about drug war reparations?