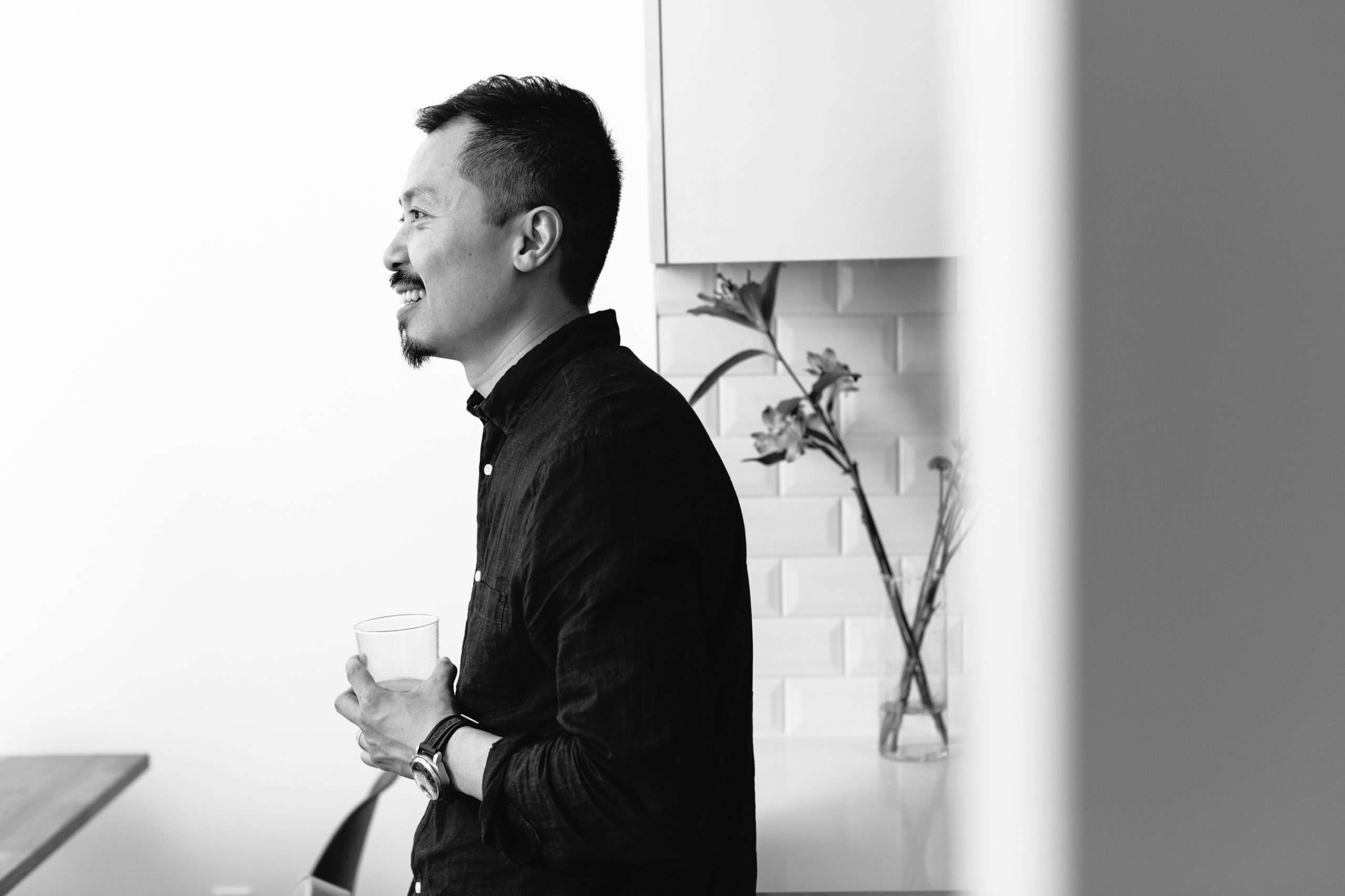 The Creative Process — Carson Ting Routine to Getting Started

When you're tasked with consistently art directing projects for clients, inspiration can't be left down to time and luck. For art directors as busy as Carson Ting, it's necessary to have a process for creating, which emphasizes involving the body as much as the mind.
Text by Nate Kan
Narration by Cody Horne
Photos by Fahim Kassam
Audio by Elphick Wo

When you're tasked with consistently art directing projects for clients, inspiration can't be left down to time and luck. For art directors as busy as Carson Ting, it's necessary to have a process for creating, which emphasizes involving the body as much as the mind.
Text by Nate Kan
Narration by Cody Horne
Photos by Fahim Kassam
Audio by Elphick Wo

It's either your first idea that kills it or your 100th, but you'd never know it without doing 100 ideas.

It’s the role in every creative process that links vision to a tangible outcome. While the Creative Director communicates the vision and project brief, it’s up to the Art Director to realize that vision and make sure everything is aesthetically on point. But these days, it seems anybody and everybody is doing one or the other. This is especially true when your bio line is up to you to decide, regardless of whether or not you’ve done the necessary legwork.

Yet, some like Carson Ting have put in the relentless and unseen work to earn the title of Art Director, and certainly not by arbitrary means. Based out of Vancouver, Carson has served as a Senior Art Director for Jordan Brand, earning two bronze Cannes Lions awards along the way. Outside of that role, his work has enabled him to partner with the likes of Doritos, Mercedes-Benz, Microsoft and the Webby Awards. On top of all this, he was recognized as one of the top 200 best illustrators by Lürzer’s Archive magazine and voted one of Canada’s top 5 most creative people by Marketing Magazine.

It’s no small wonder he’s consistently executed the creative vision of each project he’s been tasked with. He has a definitive process for extracting ideas from the mind and putting them to paper, one that’s surprisingly simple but powerful. Over a cup of coffee, Carson shared some insights into his process.

If you're coming up with stuff quickly like writing them on a sticky note and putting them on the table without filtering ideas, your hit ratio is better.

While many might look to the real world for connection, Carson’s initial methods for deriving inspiration begin on the digital frontier. He makes sure to prime himself by first collecting as much visual stimulus as possible, which allows him to store it for subconscious reference later. “Sometimes when you don’t have the luxury of leaving the house or going to foreign places, it’s always good to be able to access different types of imagery and articles.” To this effect, not everything you see at any given moment is applicable to the task at hand. He points to the concept of the “subconscious mind where you take in as much visual data as possible and store it in the back of your mind and it just comes out when you need it.”

The role that a strong body plays in a strong mind has been well documented. A study out of Stanford in 2014 extolled the virtues of thinking while walking and its findings suggested that a simple walk can increase creativity by upwards of 60%. The act of walking has served as a cornerstone to Carson’s creative process. It can’t be overstated how just a simple walk opens up a wealth of different ways to approach the task at hand. Inspired by an interview of a creative who refused to take meetings sitting down, Carson believes that “when you’re sitting around you have a harder time trying to come up with new things.” There’s a focus on pure thinking and conceptualization during the walk. “You get better conversations because you’re not stagnant and not falling asleep or distracted with another ‘like’ alert on your phone.”

This idea of always being active to work through problems extends beyond just walking. The physicality of movement is what enables one to unpack problems. “If you’re coming up with stuff quickly like writing them on a sticky note and putting them on the table without filtering ideas, your hit ratio is better.”

Once the body is prepared and free of tension, the next step is the indiscriminate extraction and recording of ideas. Whereas many people stare endlessly at a blank screen, paralyzing themselves as they analyze the best starting points, Carson finds putting any idea down is crucial to getting things rolling. We often stare aimlessly at a blank slate but get the ball rolling as fast as possible in hopes of eradicating the intimidation factor of “the white bull,” or the white sheet of paper.” The perfect idea rarely appears after one iteration, so pushing the ideation process means not expecting your first concept to be perfect. “You’ll never get the perfect idea on the first go around, so it’s always nice just to get dirty and start with something then build off of an initial idea.”

You’ll never get the perfect idea on the first go around, so it’s always nice just to get dirty and start with something then build off of an initial idea.

As the process builds steam, continuing to doodle is critical to unpacking big ideas. Linking a physical act to the brainstorming process pushes you to work through the problems rather than organically letting problems solve themselves. It’s melding creative problem-solving with tangible effort rather than leaving it to chance. Engaging in this approach allows one to take stock of intersecting ideas and concepts. As Carson suggests, trying to conceptualize purely in your mind rarely results in something useful, “but if you’re doodling and you’re writing it down, you’re unloading a lot of subconscious thoughts. Sometimes you go back to it, and sometimes it triggers good ideas.” Through this process you’ll slowly add, subtract, and repeat to “arrive at something that will really connect with people or make people feel something.”

Creativity might sometimes be seen as some fleeting mystical force, but in its simplest form, it’s about connecting seemingly unexpected things through an effective, executable protocol. Carson ends our conversation by referencing legendary adman David Ogilvy and his comparison of agency work and running a restaurant:

“David Ogilvy once compared a restaurant to the ad world. Waiters are the account executives, the cooks are the creatives, and customers are the client. You have to be inventive with the types of food that you cook. Sometimes you don’t have time to go out and buy groceries, so you’re only given a limited number of ingredients. So you cook with whatever you have on hand.”

Spending the day with Carson shed light on his routine and the small moments that define his day. In true fly-on-the-wall style, we sat back and took in some of the simple moments in his day that play into his creative process including making coffee (when he has the luxury of time), sketching, playing with his daughter on an Etch A Sketch and leafing through magazines.

Making coffee
Playing with an Etch A Sketch
Leafing through magazines
Sketching out ideas
You're good to go
Not a member? Sign Up
Play Pause
Context—
Loading...