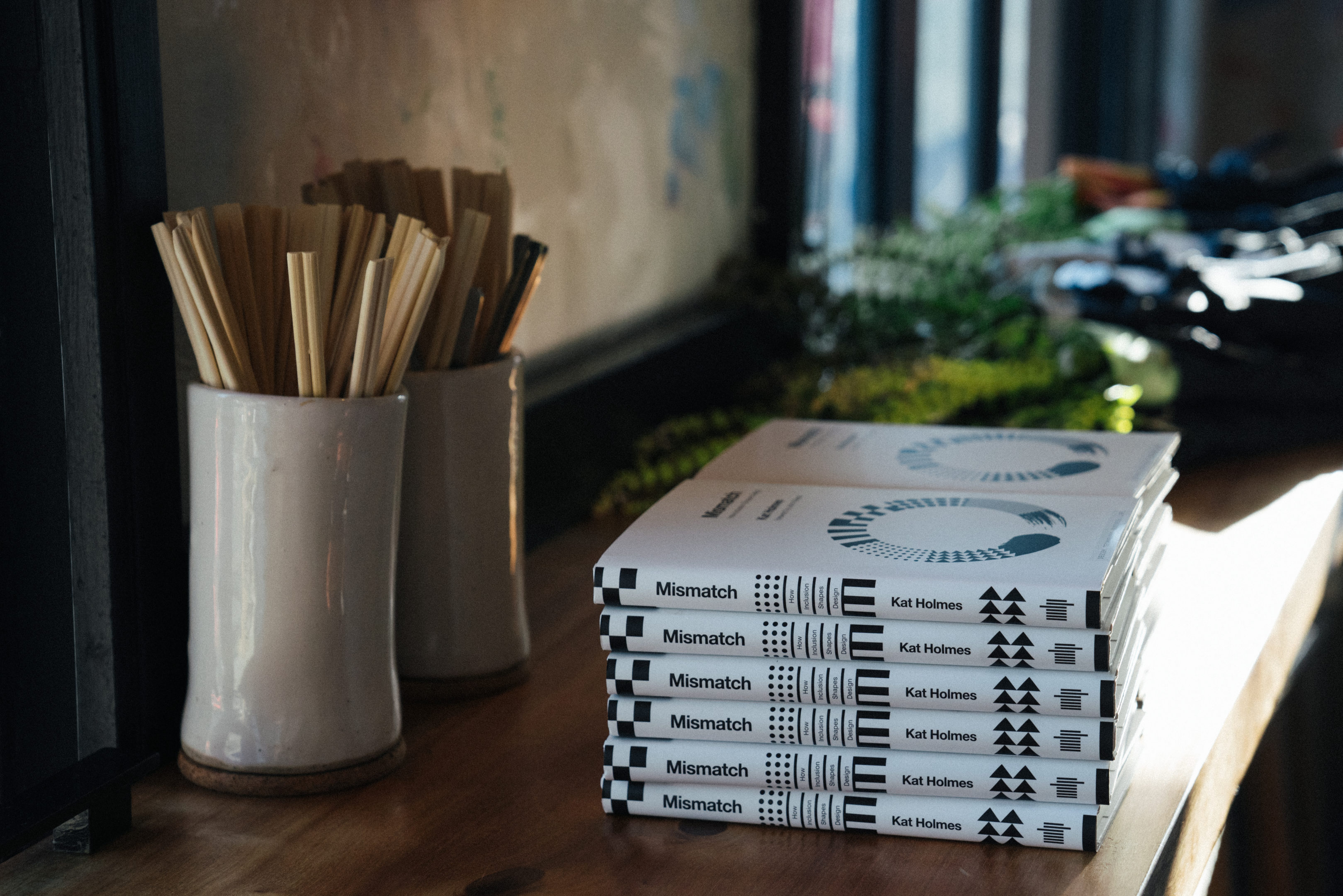 In a continuation of InterTrend and MAEKAN’s collaborative event series Unexpected Connections, we descended upon Namu Gaji in San Francisco for an intimate dinner with friends new and old. The focus beyond good food and drinks was around the theme of “re-examine truths.” At every point of our lives, we often carry with us a sense of truth. It’s a feeling that we often believe to be true, only for experience and the evolution of culture to reexamine if we truly embody the same ideas and beliefs of the past. The excitement of growth goes in tandem with a mindset flexible to change. So the question remains: despite our extensive experiences and successes, how can we maintain the mental flexibility to re-examine these truths?

Following in the spirit of Unexpected Connections, the original day-long event we started hosting at Long Beach in 2017, we launched the first edition of a more intimate gathering centered around sparking ideas through conversations between people of different backgrounds — and of course, fueled by great food, drink and atmosphere.

Namu Stonepot is a group of self-described Asian American eateries that specializes in modern takes on Asian American cuisine, under their rules and guidance and not the stereotypes so often reinforced. It was founded and is run by brothers Daniel, Dennis and David Lee, who also launched Namu Street Food and Namu Farm, which supplies the restaurants with their fresh vegetables. 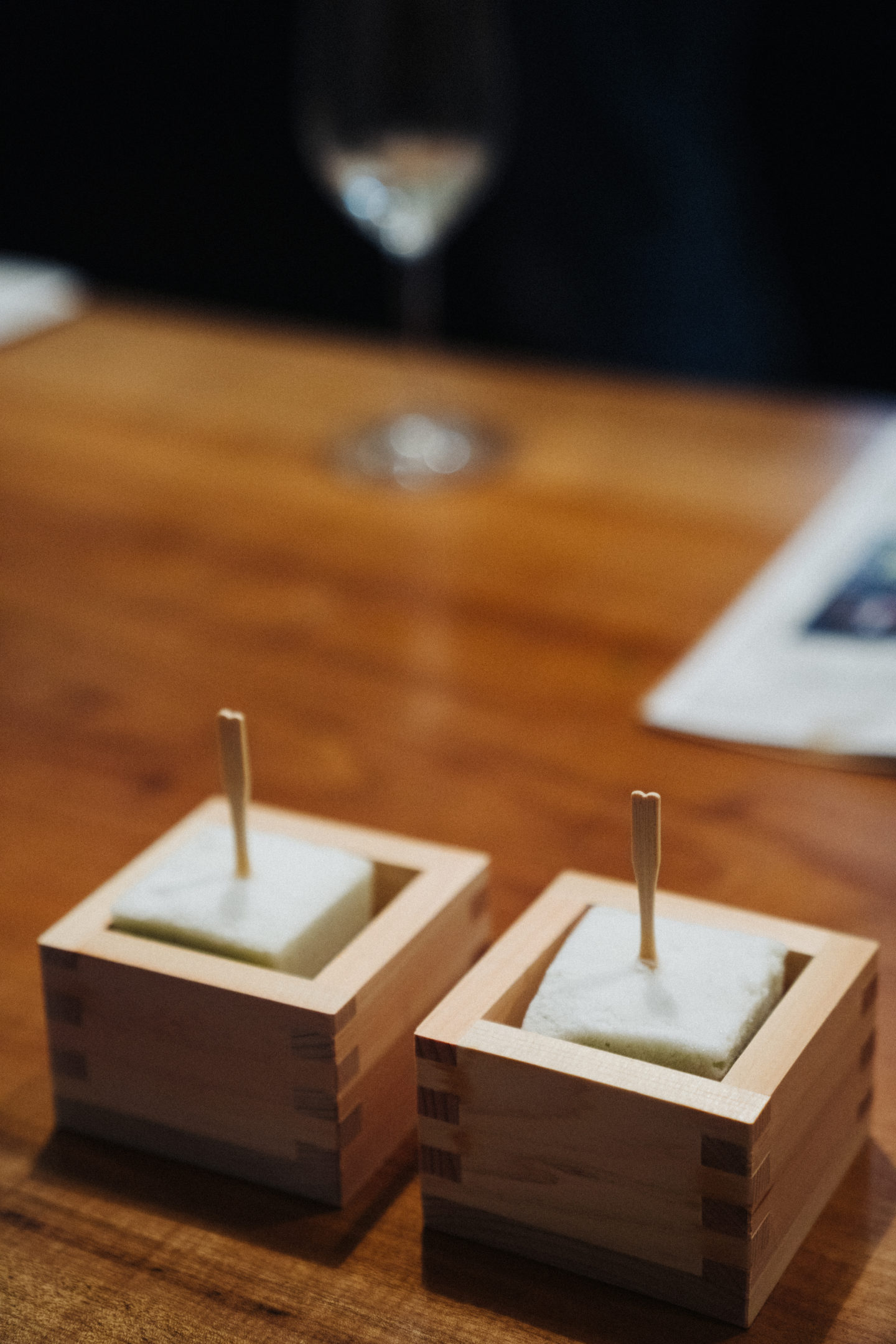 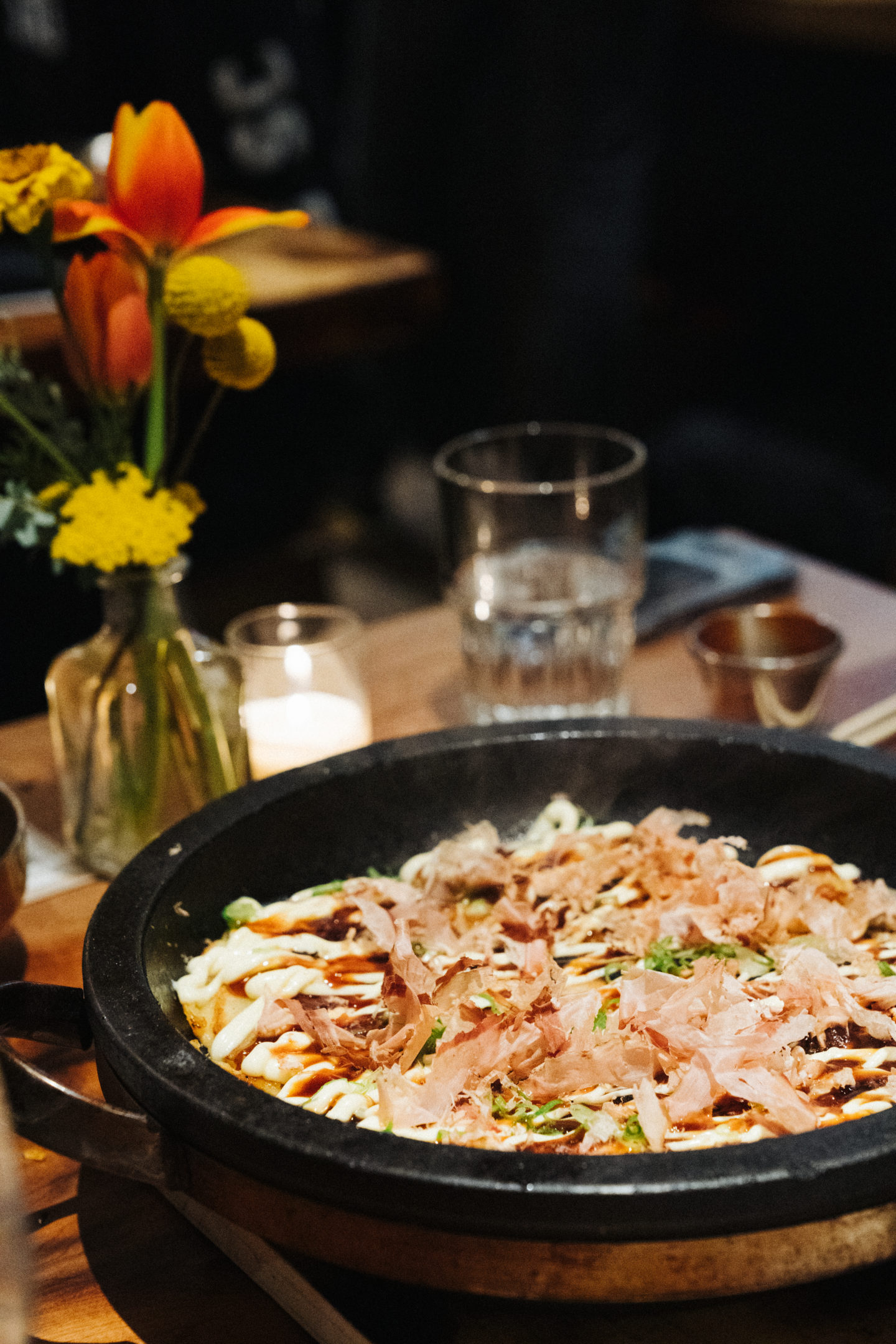 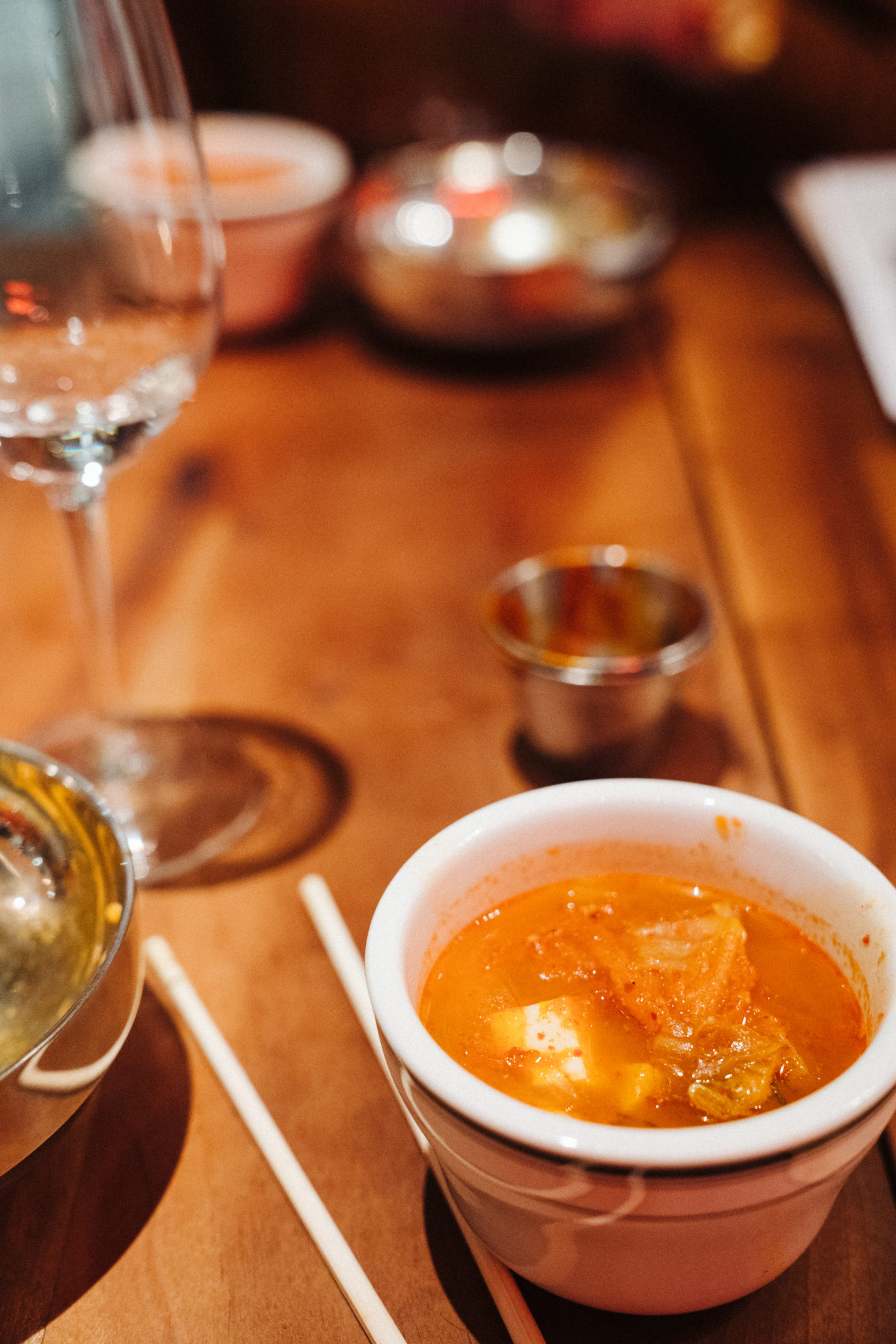 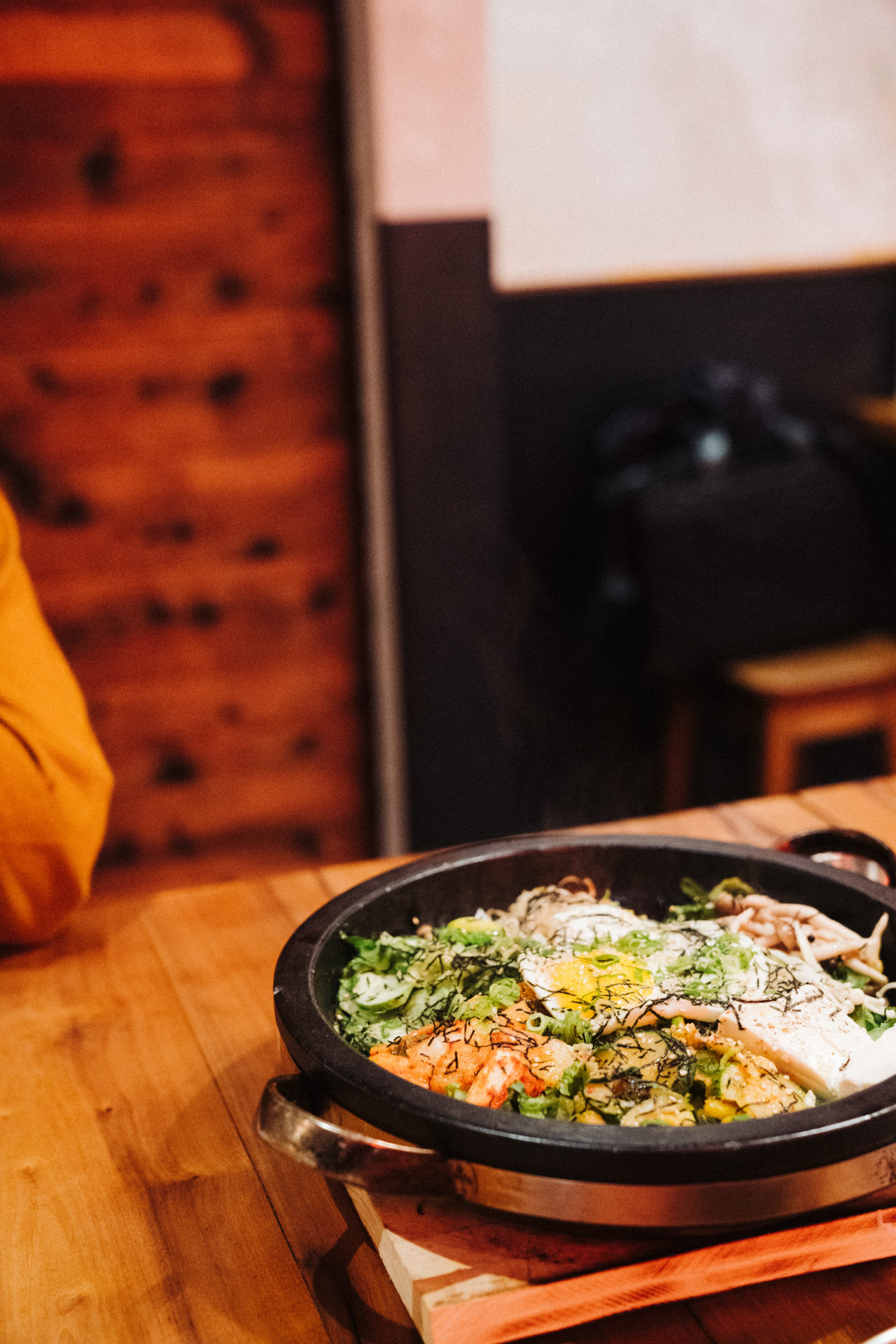 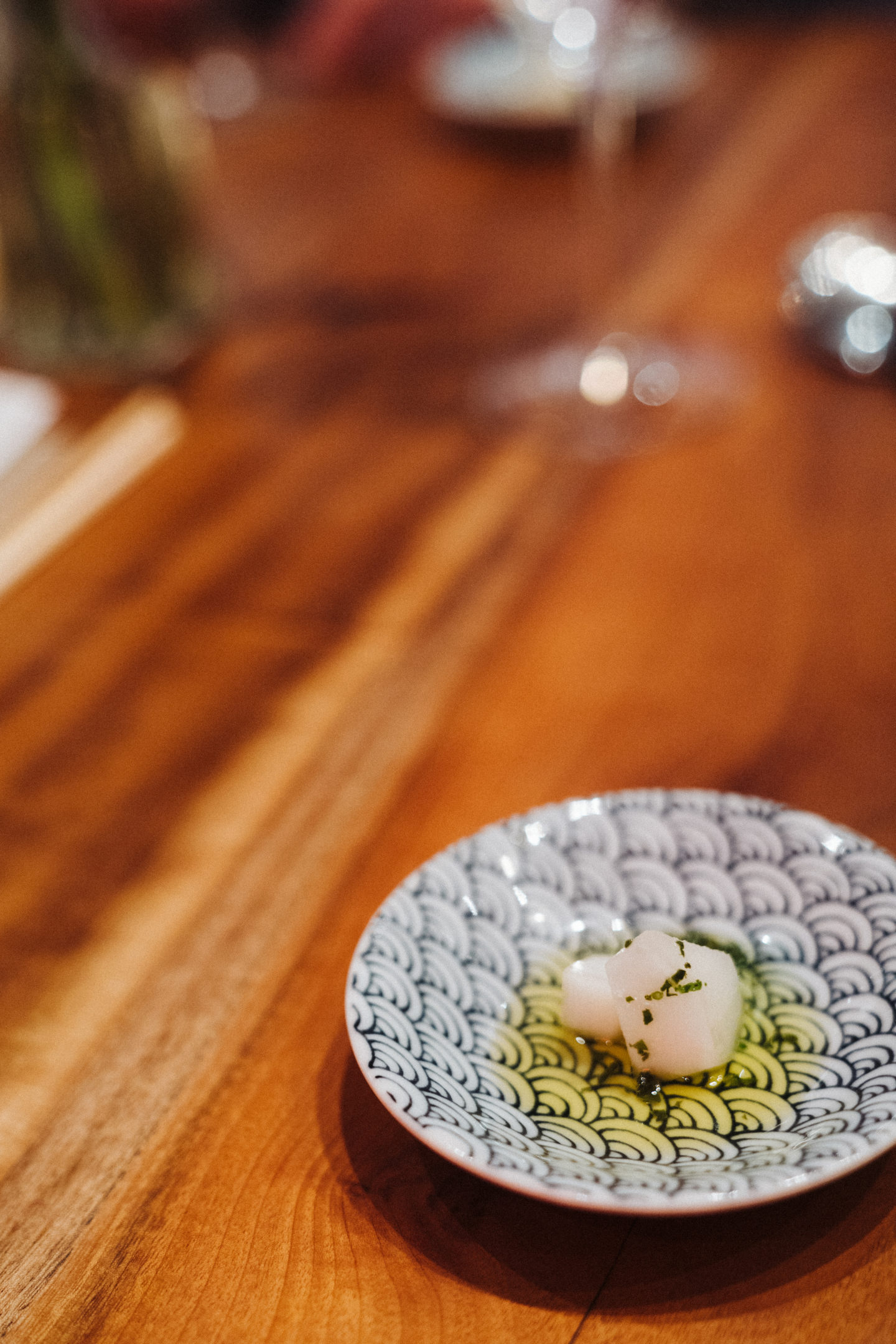 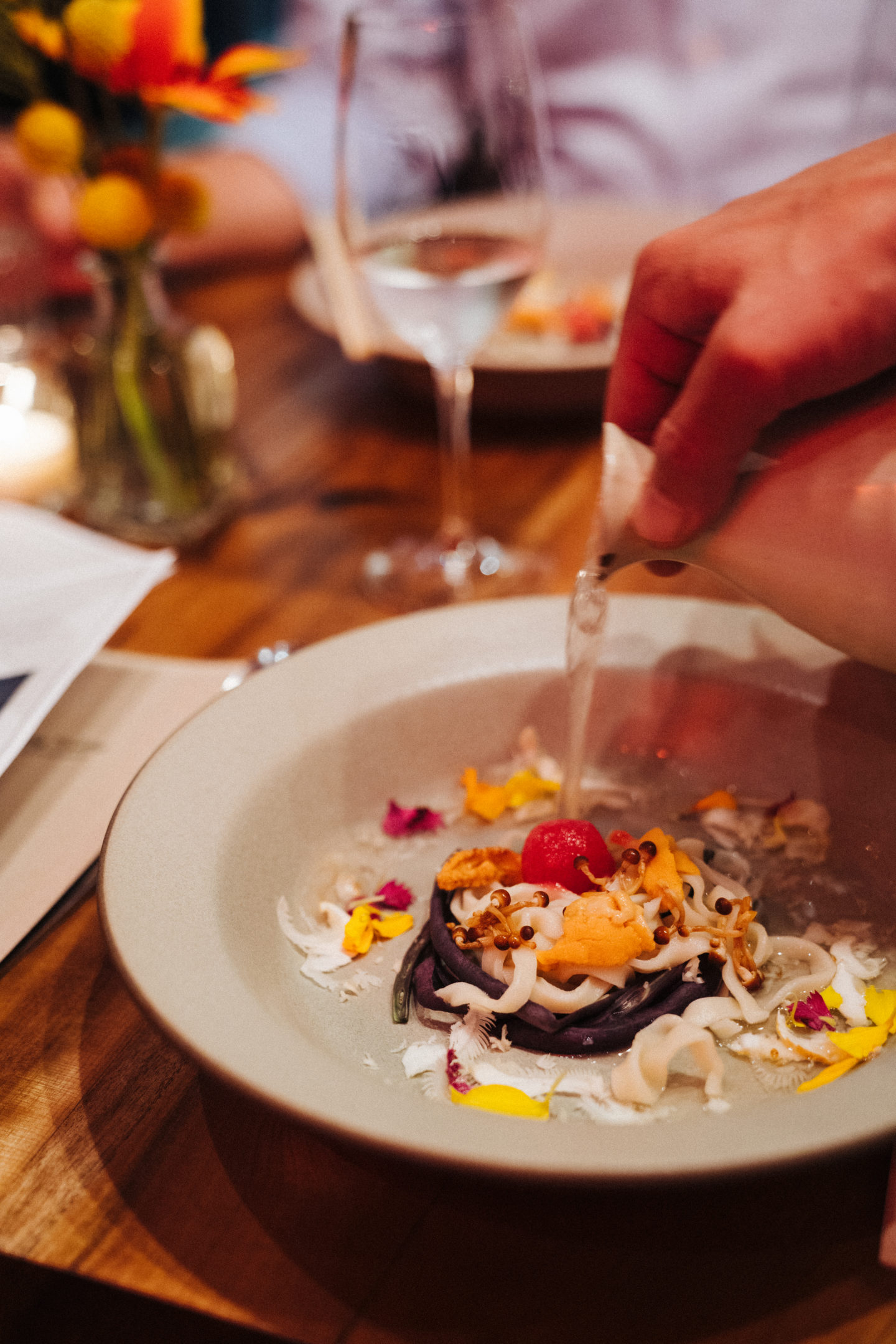 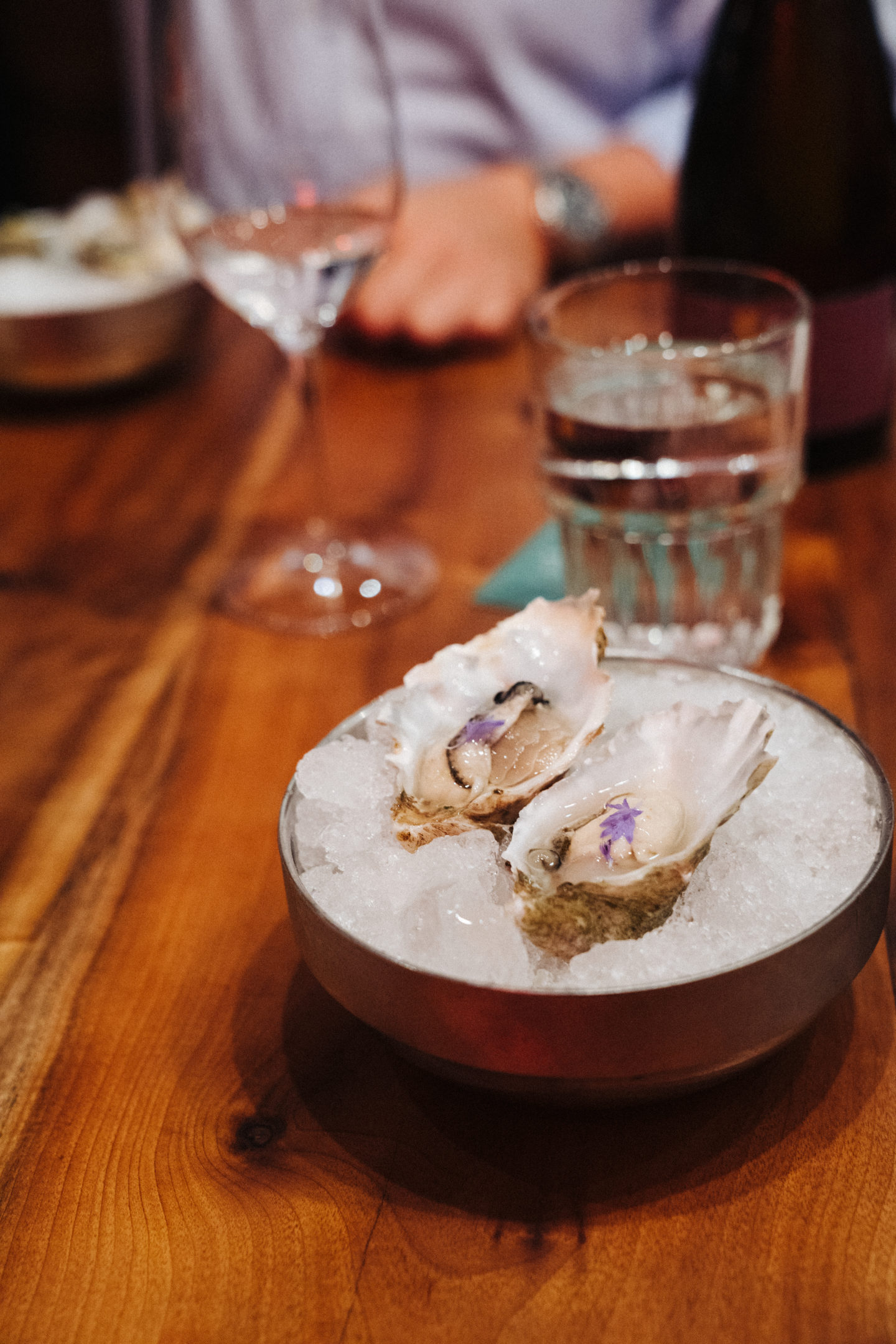 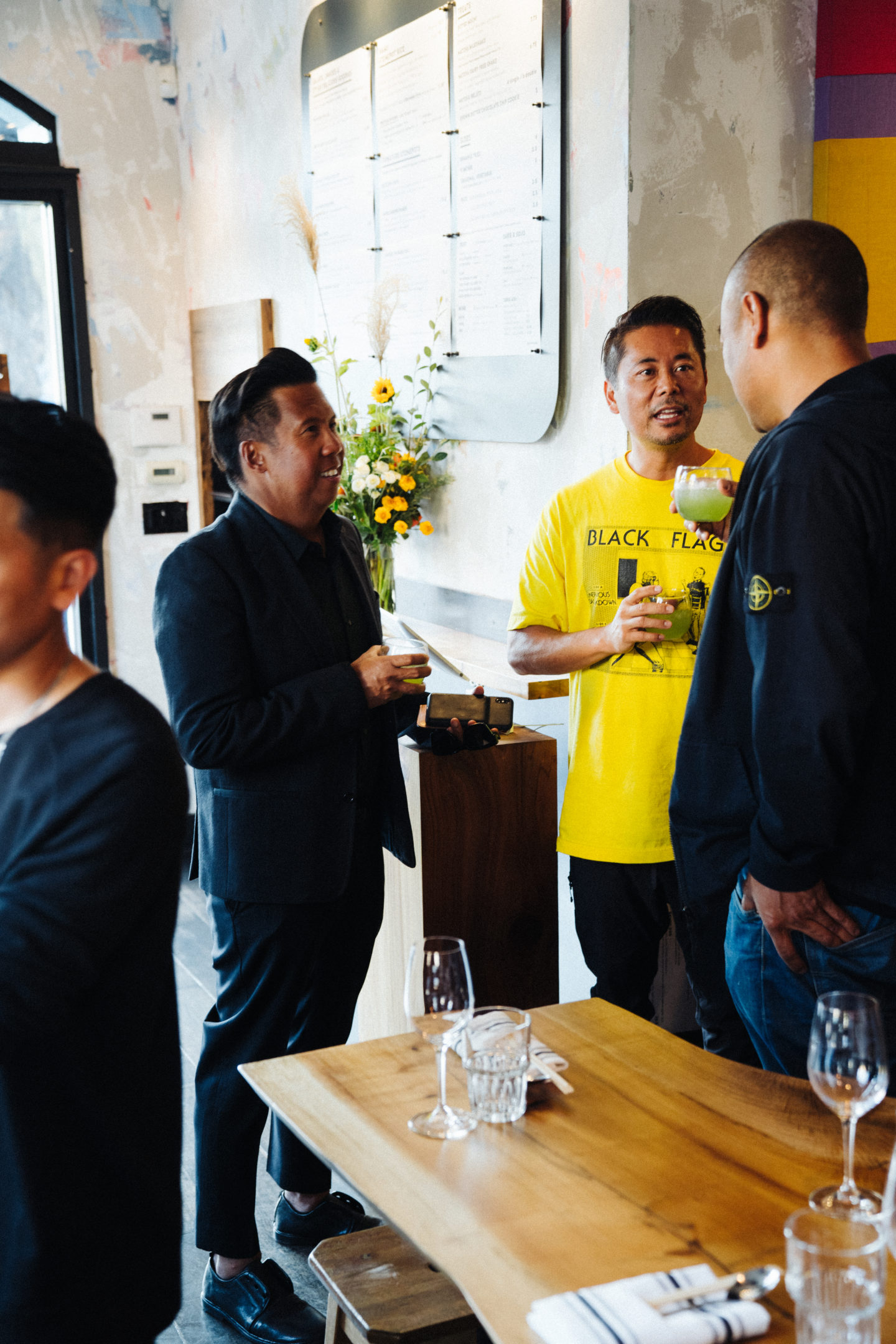 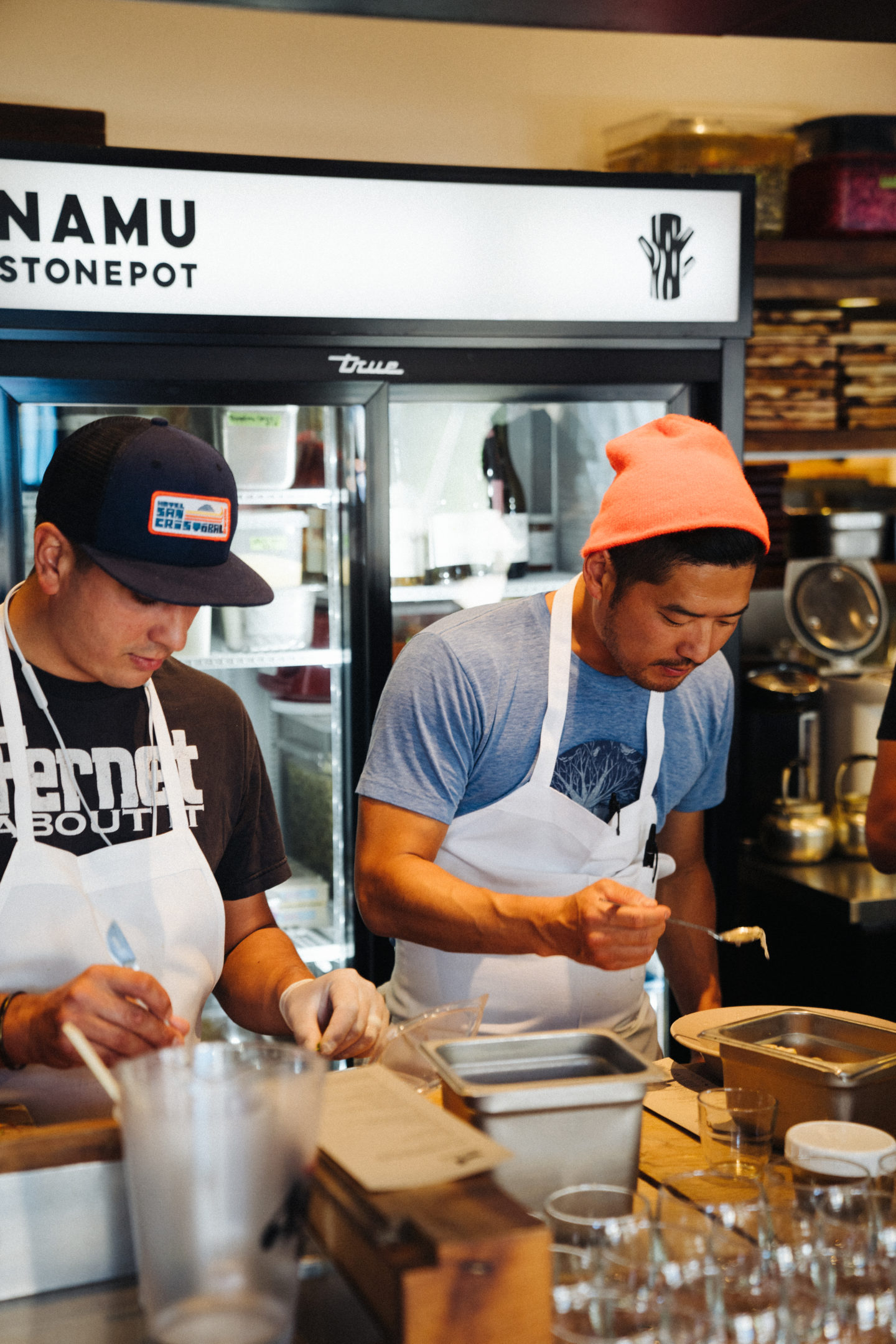 For a short recap of the evening and some of their insights, check out the video or transcript below.

At MAEKAN, the story defines the medium. Some stories function best as written text, others hope to capture the emotion through an intimate audio experience. In cases such as this audio story, the transcripts we provide are done to the best of our ability through AI transcription services and human transcribers. We try our best, but this may contain small errors or non-traditional sentence structure. The imperfection of humans is what makes us perfect.

Eugene: Hey guys! First and foremost, thanks for coming. I know everybody’s super busy, but ultimately, I’m really happy to see all you guys. New friends, old friends really looking forward to tonight. For those of you maybe interacting with Unexpected connections for the first time, myself, Julia, Tanya. Megumi, Dakota, we started this concept beginning of 2018, right? Just started putting some ideas into place this whole thing people are trying to understand. But for us, what are unexpected connections and how do we find things of connecting all those things together. Ultimately, for us now it’s about bringing people together that you might not think are connected.

I sat down with some really interesting people that I think once you get to the root of it, we’re all humans at the end of the day. We can understand people’s experiences and backgrounds. Every single junction in my life, always been questioning: “wait, was that actually true?” Maybe it was true for that point in time, but now I have better understanding of everything. And it grows. What is truthful today might be the thing you’re disillusioned with tomorrow.

The whole point of tonight was to bring people who might not be able to interact, and hopefully you guys from learn from each other, make some new connections and take it from there. Thanks guys, enjoy the dinner!

???: For me, that’s been something I’ve been working on. Celebrating the victory. I think you’ll get a lot of (inaudible) in business. I think for me, I’m the kind that’s like what’s next what’s next what’s next. It’s not that I want more though, it’s more that I don’t want to dwell too much on something that’s done, even though it should be celebrated. So I’ve been trying to take more time. But honestly, it’s really just the quiet moments. You spend 90% of your day with emails, and people, employees, and phone calls. But you have to cut out a little time for yourself and say “man, that was great. That is something I really wanted”

Dan Runcie: That makes sense. Because for me, I’ve been able to bucket times within my week to think through big problems, which is good. I think it’s one of the benefits of having a more structured schedule. But with that, there’s still things that come up. And I think for me, it’s feeling empowered that I’m the one that set the schedule and I can move things around if needed, but still making sure I’m being true and fair to my audience because the worse thing is that I want to be the one working on the business. I don’t want the business to be working on me and I’m the one that feels exasperated and exhausted and I have decision fatigue with myself.

???: I mean, here’s one example: a lot of people took years off after college to travel or something before they got to work. Or some people even did that after high school before they went to college. I remember thinking that was insane. Like, total insanity. But now that I’ve been working for 15 years, I’m like, “Oh no, that’s the most important thing you can do in your life.” It’s to take that breath before you enter the thing you’re going to do to 40 years. But when you’re young, they rush you in — “you gotta get started.”

Lisa Fetterman: To guess the future, you have to dissect the past. The future is just a repetition of the past in a new fresh way, so you absolutely have to lean back to lean in into the future. That’s my truth. I gotta understand what happened at a different time. That’s why we do case studies and stuff with everything. That’s how I’m feeling. I have to know everything about the past to even vision about the future.

Kat Holmes: I definitely come from the school of “there is no truth.” It’s just a constant testing of assumptions and what you’re talking about, the history, is such a core piece of that becvause so many things we can assume upon upon ourselves, like we just assume and take as given this is the way the world has always worked and this is how people have always been. (Those dangerous motherfucking words!) And the moment you peel that back and find the place and the person who invented that conversation, gives you a whole different access to a sense of freedom and what’s possible and being able to challenge the things around you in that moment and how many interpretations of truth there are. They all come from some start point of a conversation.

Sometimes the way we take too much information, I’m constantly trying to pay attention to how many types of information I let into my mind, my environment. Because it gets harder and harder to hear that core — not so much of an inner voice as much as a way of knowing. But that doesn’t necessarily mean it’s true. That’s the thing I keep trying to remind myself, it’s just in this moment I’m reacting and responding to something. So what’s that going to lead me to in the next moment? From one moment to the next?

Lisa Fetterman: I would go to my youth or 18-year-old self and be like, “yo, you’re right. There’s nothing that’s wrong with what you’re thinking right now. You just gotta make it happen. If you think that this is the future, you literally need to make it the future. I’m here in the future, I’m not gonna tell you what’s up because I think that’s against time travel rules. However, I’m gonna tell you that you’re right, though. Just keep at it.”

Dennis Lee: The next course is our signature dish, or our namesake dish, which is stone pot rice. It’s a sizzling rice with many fresh vegetables on top. The rice gets a nice crisp golden fond almost like socarrat on paella. It’s a Korean version. Sesame oil, fermented chili paste, you mix it all around. This restaurant is named after this dish, so it’s a centerpiece for tonight’s dinner.