Beats, Food & Design — Karl Injex Brings It All Together

The fast-paced globetrotting lifestyle of a DJ might seem like an exciting career, but it can also be one of the loneliest when high times and endless partying fail to replace proper human connection. DJ and restauranteur Karl Injex shares the story of how nightlife and breaking bread with club promoters directly contributed to how The Sound Table, his Atlanta-based restaurant-bar-club concept, came to be.
Text by Nate Kan
Narration by Cody Horne
Photos by Michael Kusumadjaja
Audio by Elphick Wo

The fast-paced globetrotting lifestyle of a DJ might seem like an exciting career, but it can also be one of the loneliest when high times and endless partying fail to replace proper human connection. DJ and restauranteur Karl Injex shares the story of how nightlife and breaking bread with club promoters directly contributed to how The Sound Table, his Atlanta-based restaurant-bar-club concept, came to be.
Text by Nate Kan
Narration by Cody Horne
Photos by Michael Kusumadjaja
Audio by Elphick Wo

A car picks you and your luggage up at the airport and whisks you to your hotel. You settle in, hastily dropping off your non-essentials and catch up on emails in your precious downtime, if it exists. You get shuttled off again to meet up with the venue’s promoter. He or she touches base with you, shows you the club and it’s already dinner time. You share a meal with your host and it’s time to go to work. You get in, do your set, hit the requisite after party and hold back just enough so you can make it back to your hotel to catch the next flight out.

The life of a DJ can be lonely. After the appeal of regular new “adventures” dries up, it can all wear you out. The frequent flying and the unpredictable, packed schedules eventually add up to create a sense of impermanence and alienation. Sure, there are unforgettable experiences and genuine personal moments to be had, both with and without the help of socially lubricating substances. But schedules and sunrise wait for no one and the truth is, when you bounce around from city to city every week or so, there isn’t the time nor energy to form a human bond of any considerable depth.

For many years, Karl Injex lived a life that took him to all parts of the globe as a DJ, amassing an enviable number of passport stamps along the way and the after-hours experiences to go with them. Out of what could have become a soul-draining emptiness, he found a way to take the many human interactions he had on the road and channel them into a restaurant-bar-club concept he started with his wife called The Sound Table.

The story of his Atlanta-based venue starts with an unlikely and perhaps underappreciated group of people: the aforementioned club promoters.

For a person that’s eager to engage with the local culture but is only in town for a few days, it can be dismaying when you can’t connect authentically with that culture. Yes, it’s an exciting city full of life, history, culture and meaning, but if you don’t know anyone, all of that remains largely out of reach.

To Karl, a club promoter is more than just an unofficial local tour guide; it’s a person who, despite having never met you before, has a pre-existing relationship of sorts with you through music. “This musical connection leads directly to a personal connection,” he begins. “And the quickest way to cement a personal connection is to share a meal.”

But not just any tourist-friendly fare—the promoter’s favorite restaurant or bar, a place where they’ve already developed a connection, a liking and a trust. “There’s something about that experience, the intimacy of sharing food with someone, that opens you up and opens the other person up,” he says. “And conversations begin. This is the foundation of a great number of relationships that I’ve developed in the music industry.”

This ability to connect is strengthened that much more by the time of day; the work day has ended, the sun has set and stomachs are growling. As peoples’ inhibitions lower and their real personalities sometimes shine through, they’re ready to connect over food, drink and a given atmosphere. It’s a common theme seen across the world, in any culture.

“Once you develop a relationship with a local promoter, you start to see that there’s a very similar cultural pocket that these subcultures exist in,” he explains. “And they seem to be kind of centered around food, design and music.” As is the case with the New York punk scene’s ties to CBGB or grime’s garage origins, nightlife is a great context for culture to begin in, especially for those in a creative field.

A conversation happens at a club in New York at two o'clock in the morning. Six months later you've got a fashion line launching.

Karl points out how the nightclub experience, in particular, presents the right environment for certain types of dialogue that can later grow into collaborative endeavors: “A conversation happens at a club in New York at two o’clock in the morning. Six months later you’ve got a fashion line launching. A conversation happens at one o’clock in the morning in Singapore. Three months later, there’s a record label.”

He finds the creative inspirations spawned by these club interactions like the breaking of bread mentioned earlier, all made possible by the unique atmosphere the night presents.

It was the type of environment he wanted to reproduce when he and his wife were conceiving The Sound Table. The reason? Simply that the elements of great food, drink and music didn’t always appear in the same space: “Typically, if you want a really good drink or a really great meal, you have to go to a restaurant or bar. And after your meal is done, generally you leave the bar or restaurant and end up in a nightclub,” he explains.

“But as soon as you join them together, you create an opportunity for someone to come out and spend their entire evening in one space. The space around them transforms rather than their locality changing.” 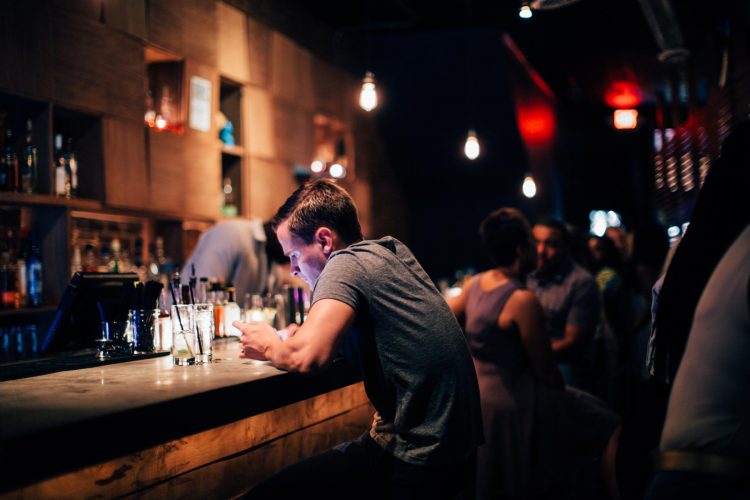 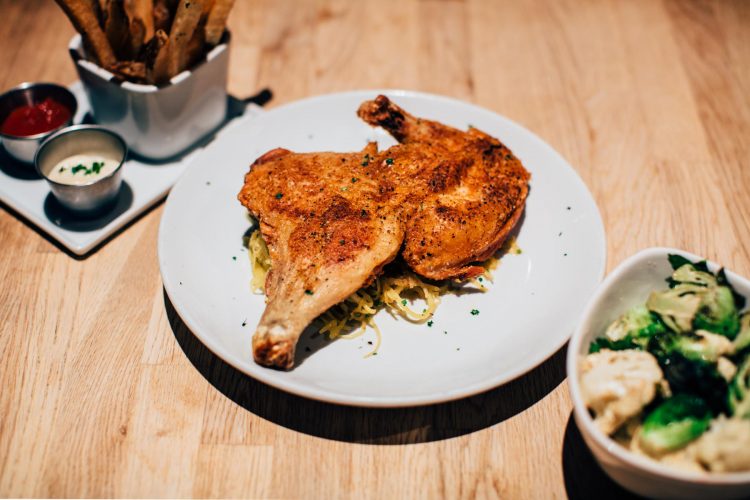 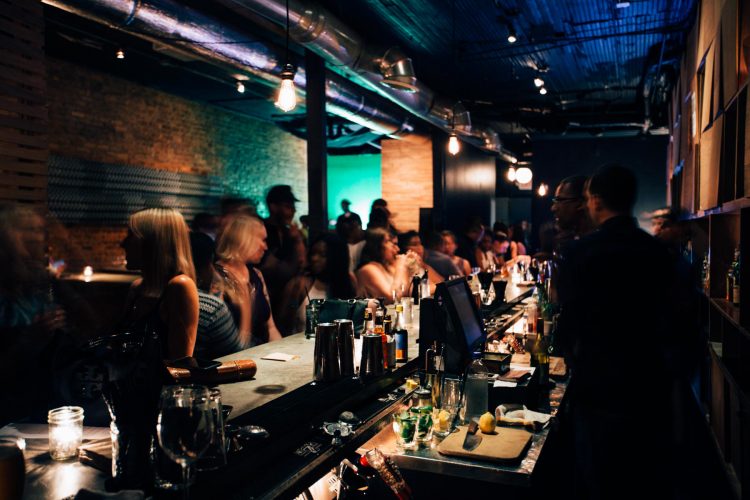 But it wasn’t just about the convenience of allowing a guest to “have it all” in one spot. It was also an attempt to align that guest experience around the specific harmony between sound and taste by collapsing the barriers of atmosphere between restaurant, bar and club. “The initial idea for The Sound Table was to create a place where we would want to go. It wasn’t very difficult to build the brief on it. It was like, ‘Where do we want to go?’ Where are the places that we’ve been that stimulated us the most? And what was it about those places that stimulated us, whether it was in Portugal, Singapore, Tokyo or Toronto?”

Bringing the inspirational flavors and experiences from his journeys to Atlanta through three different mediums was no small task, even more so given the couple’s extremely limited budget. This financial constraint led to a set of challenges that Karl was already familiar with.

For him, there never was a rigid separation between creative mediums, only connective paths yet to be explored: He started his foundation in visual arts and design, later going to grad school for film before transitioning into DJ-ing. “As I moved from medium to medium, I started to see a pattern in the process and the idea that design is a series of decisions,” he says. “As you move forward, whether it’s a graphic design problem or film that you are cutting or a song that you are composing for the DJ set, you are faced with decisions.”

The idea is to create harmony.

These many decisions would all originate from a giant master list of ideas compiled from all mediums including architecture, design and, of course, food and music. With it, the two set out to create harmony, a sensory gestalt for the ears and taste buds. It would provide an opportunity where people could lose themselves.

“When you have a meal, the last thing you want is for people to be thinking about how much salt is in their food or how much acidity there is in their drink,” he offers as examples. “The idea is to create harmony. Same thing with music—you’re trying to create two very different elements and bring them together in a way that creates a unified experience. And it’s difficult because often people have different sensitivities. People have different experiences they bring to the table.”

This last part is key. It’s important to ideate and make sound design-centric decisions that will help execute the original concept. But this concept is not a crystallized one-off work. Rather, it’s a service offered to the guest that is never the same with each visit. Whether the guest is mostly there for the food, the drinks or the dancing, the approach needs to be nuanced, sensitive and personalized.

“There’s a gray area between the idea that a DJ is there to provide you with what you want to hear and to show you what it is that he wants to show,” he explains. “Any good DJ is going to be watching the crowd and seeing how they respond to the music he’s playing. Like a DJ choosing tracks to match the crowd, a bartender making cocktail recommendations for someone looking to switch it up, or a sushi chef preparing an omakase, it takes a dedicated person to lead the whole experience. They must court and ultimately protect the trust of those who defer to their expertise and talent. Karl takes this trust seriously and does his best to apply it to an experience in a way that complements large groups of diners, bar patrons or club-goers. For all his consideration, the concept seems to have worked out well for him and his wife. Each food, drink and playlist item goes back to a uniting creative process coded in design, a language that Injex feels transcends all mediums. And with the right reason behind the project—translating that rare sense of closeness he felt during his travels into a place where people can spend the whole night—The Sound Table’s guests are going to get it, whatever dialect it’s spoken in. I think that creativity itself can translate, and often the tricky part is when you start to mix mediums—when you’re trying to layer food with design and music, you’re looking at another challenge which can be a very satisfying one, and I think that’s exactly what we’ve been doing.

These three items have become important pieces of inspiration to Karl, each representing a different part of his creative interests. Carl shares the individual meaning and memory of each piece and the pretenses in which they were created. 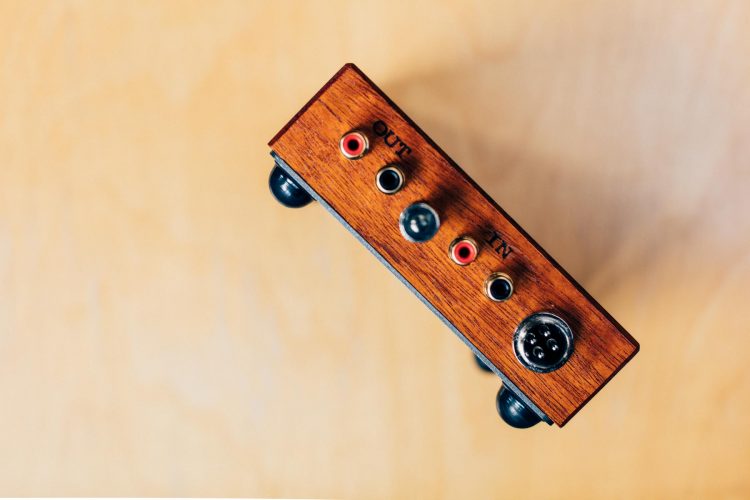 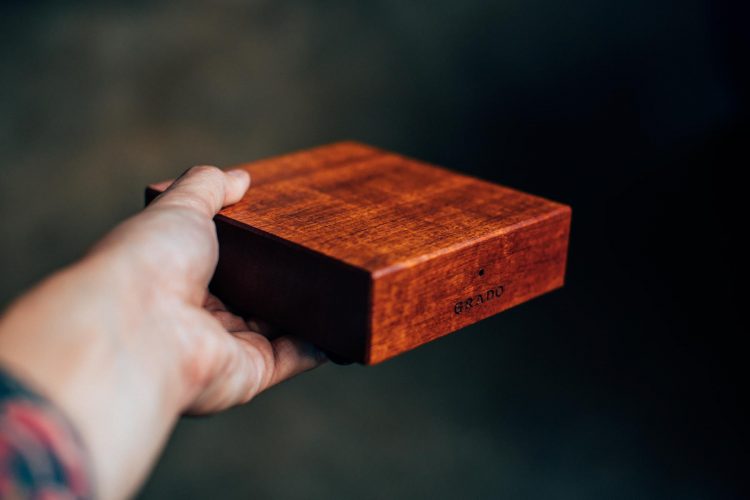 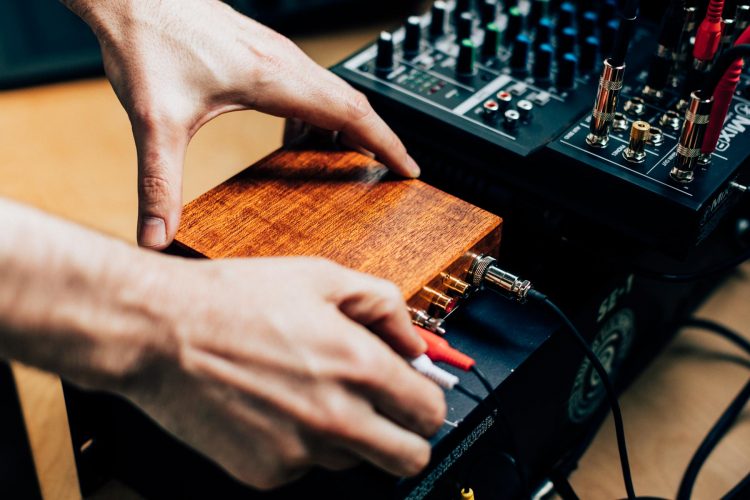 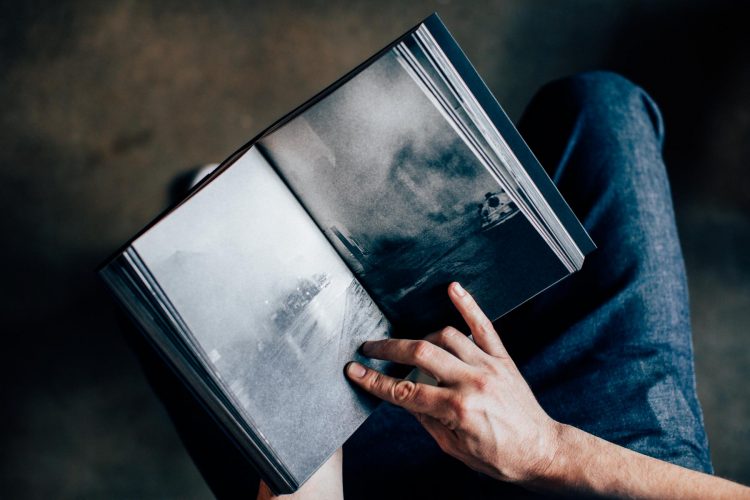 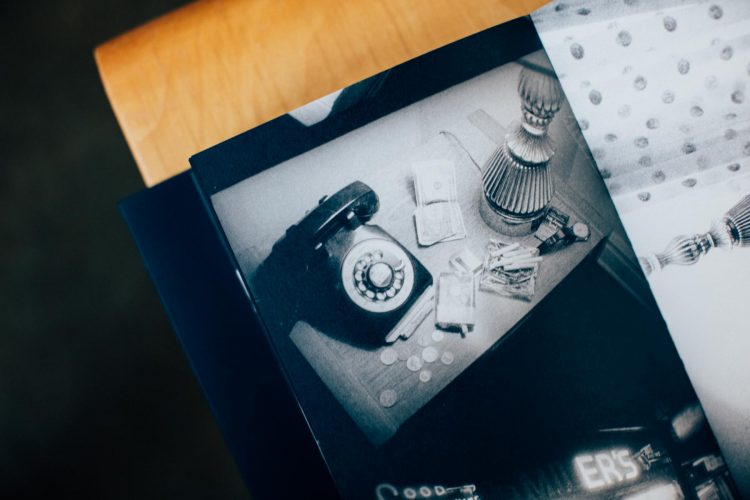 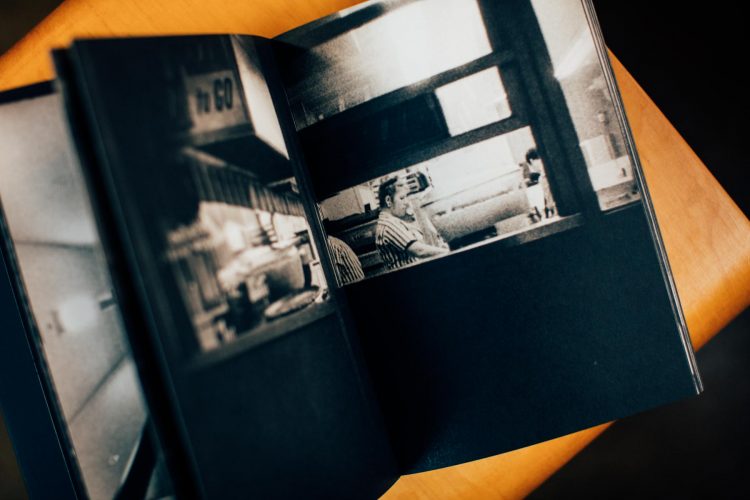 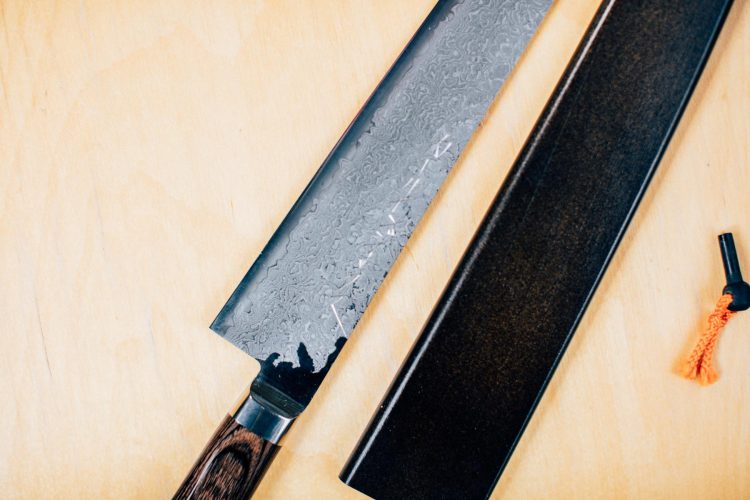 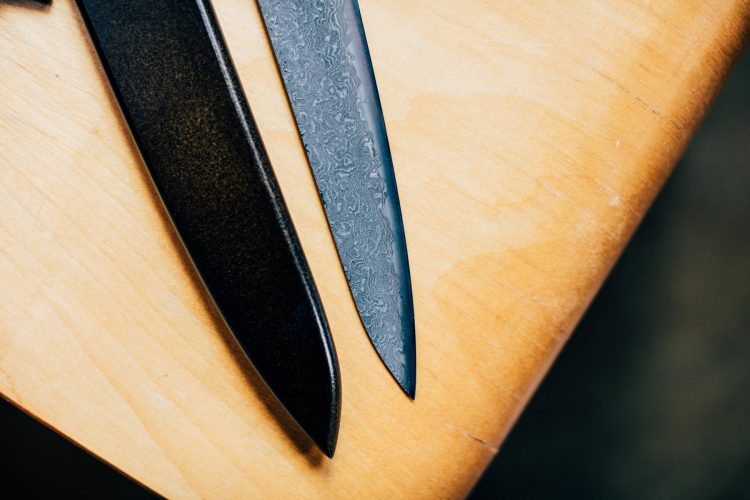