Listen to the Audio Version of the Story

What do Rolex's subtle reference number differences, Playboy's underlying star system, and a black stamp on a pair of Air Jordans have in common? It's about how logistics can unassumingly play a role in future brand equity.
Text by Alex Maeland
Audio by Elphick Wo 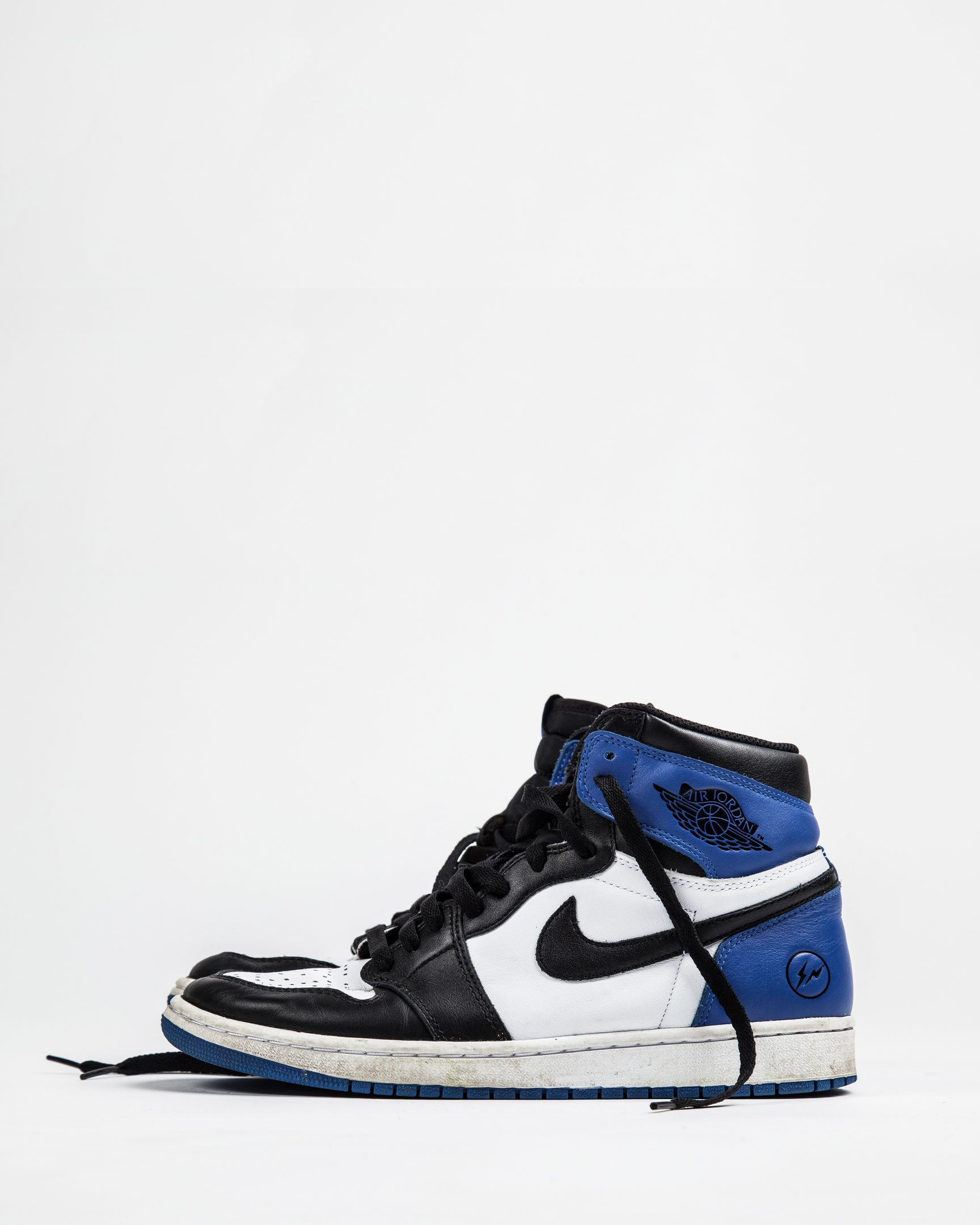 What do Rolex's subtle reference number differences, Playboy's underlying star system, and a black stamp on a pair of Air Jordans have in common? It's about how logistics can unassumingly play a role in future brand equity.
Text by Alex Maeland
Audio by Elphick Wo

Without putting too much of his business out there, he’s close to the heart of the brand’s latest “Energy” product category. Nike and Jordan Brand have always been good about guising their product offerings by internal (and often external) marketing monikers. The Energy extension of the brand effectively houses a special range of product that the brand leverages to build energy and momentum around certain products and SKU’s. It most often looks like strategic partnership designs – AKA: collabs.

In a way that few brands have been able to fully harness, Nike and Jordan Brand’s trickle down product strategy uses the Energy category to set the consumer demand trend for a certain model or color palette. They debut the Energy product at a carefully curated range of independent retailers as well as via their NikeLab doors in places like New York, London, Hong Kong, Shanghai, and other flagship cities. But, the Energy category is not the bread and butter for the brand. It’s their marketing finesse that allows them to capitalize on demand by iterating upon those Energy product offerings in the seasons to follow via wider distribution doors and retailers.

Create demand, set the trend, flood the market, milk the cow. It’s a turnkey strategy that not only allows them to appear innovative and trendsetting but it also enables them to reap the market rewards once the trends hit the mainstream.

No stranger to the Swoosh, Hiroshi Fujiwara was tapped by Jordan Brand to curate a special fragment design x Jordan 1 collaboration. A hyped shoe in its own regard, Fujiwara’s subtle fragment blue chromatic infusion to the leather heel panel of the Jordan 1 was all that was needed to get the sneakerhead squad fiending. When they dropped, the demand was crazy, the lines long and the re-sell price immediately went through the roof. The shoes are still running around $1,000-$1,500 USD.

So when the shoes arrived on my doorstep, I was pretty pumped. Growing up watching Jordan play, being a young sneakerhead and having a strong affinity for Japanese fashion, it was like the perfect storm embodied in a retro sneaker.

I didn’t realize it immediately at the time, but a few months later, standing next to another wearer of the fragment Jordan 1, I noticed something about my pair in particular. It was subtle, but the recognizable fragment design lightning bolt motif on the exterior heel was tonal embossed on his pair. Mine did not have the tonal stamp. Mine were stamped in black.

In the world of marketing inventory and seeding lists, many brands like Jordan Brand have “Friends & Family” lists. This is fancier than it sounds, but, generally speaking, it’s friends and family members of brand or employees who are fortunate enough to be given or “seeded” free product.

What I saw on my 1s in the form of a black stamped fragment logo was an intentional, internal design decision on behalf of Jordan Brand. The black stamp iteration of the shoes was produced in a limited run and was created exclusively for friends and family.

Why doesn’t the brand just rely on the alternate packaging?

Or even easier, how about a simple hand count and sticky note system at the office in Beaverton?

It sounds fancier than it actually is. Let me explain with a couple examples.

In the 1970s Playboy became known for a unique starring system that embedded a print onto the stem of the “P” at its masthead. Rumors and conspiracy theories abound as the intentions of the starring system and its belief that it signified the “level of sexual satisfaction quotient of the cover story. Furthermore, for collectors, the ‘70s covers, and their starred stems have become a distinct design language iconic of that era of the publication. In practice, Playboy employed the starring system to signify its different regional editions. They were streamlining their print and distribution systems. It was a functional way of differentiating print runs and the different regional ads that certain editions carried with six total editions – five for regions of the country and one region for the military.

What Jordan Brand is doing, whether intentional or not, is potentially building their future brand equity by allowing their present day systems and logistical demands to inform their product design. Think of it within a watch culture context and the pantheon of Rolex. Some of the most collectible timepieces and references numbers today are simply unintentional byproducts of material, manufacturing and technical decisions of the past. Comparing the intricacies of watchmaking through the years with color differentiations in sneakers may not be the best comparison, but the two cultures share similar aficionado tendencies.

Jordan Brand’s black stamp on its fragment design 1s was a simple way to differentiate the inventory count that was produced for its friends and family stock. What’s most compelling to me is the subtle product design changes that the brand employed – much like Playboy in the ‘70s – to streamline its internal inventory workflow. It’s the harmony of the ways in which workflow needs of the company inform or tweak the actual product design, and effectively become an aesthetic identity in their own right.

I’m just a proud owner of one of my favorite athlete’s sneakers iterated on by another well respected creative and designer like Hiroshi Fujiwara. It’s the subtle differences in a product like a stamp colorway difference with an actual story behind it that makes a product like a fragment design x Jordan 1 sneaker more than just the hype that surrounds it.