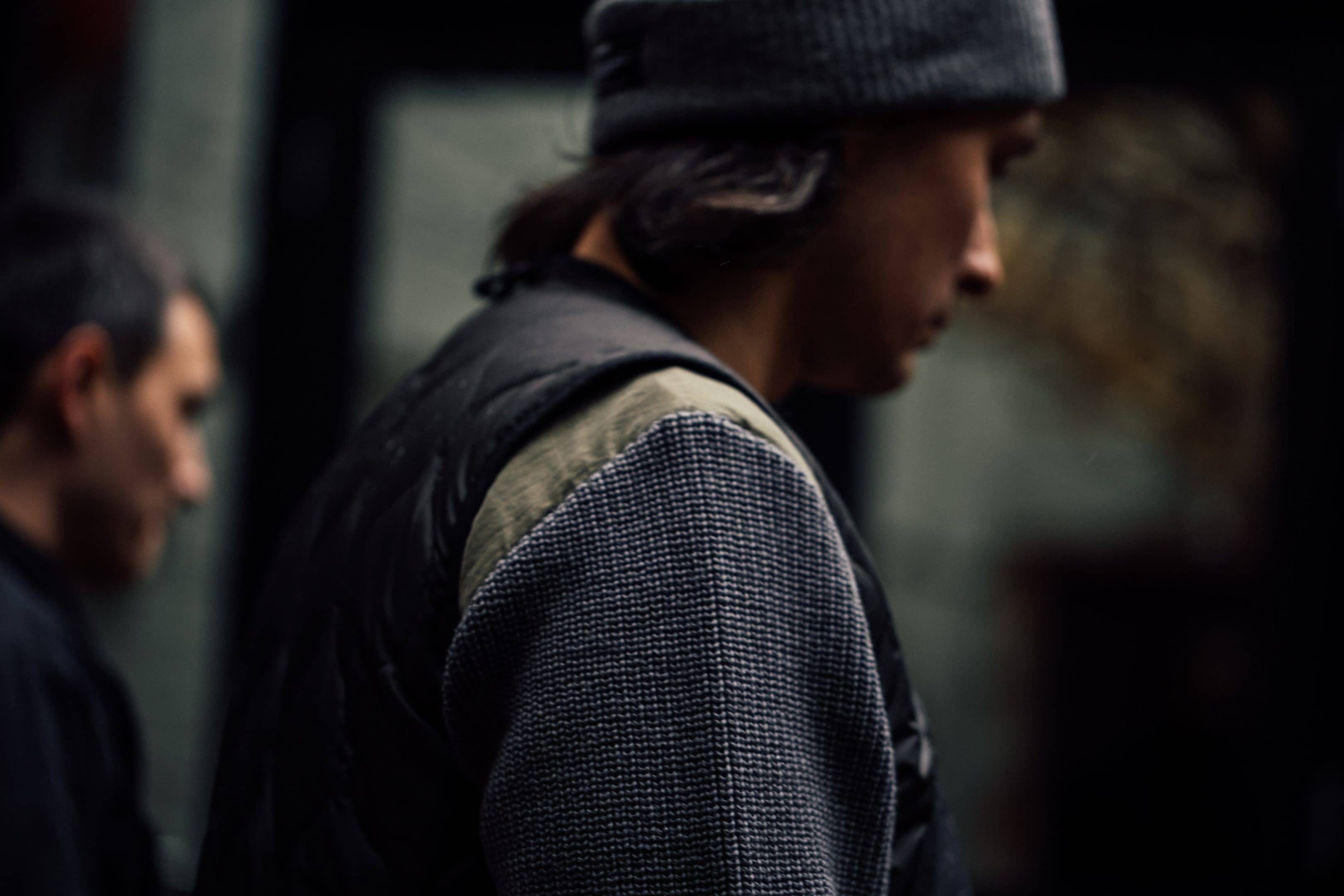 Above the Noise — The Rise of HAVEN

It’s the middle of winter in Vancouver. On any given day, the conditions are overcast and rainy. Canadians have a love–hate relationship with the weather. Most months require you to reach into the closet to grab some sort of protection against the torrential rains. But during those few summer months, when the sun’s out and precipitation is at a minimum, people flock to patios for after-work beers with ear-to-ear smiles. The imbalanced dominance of inclement weather has created an intrinsic tie between Canada and its identity. Vancouver may not get its regular dump of snow like some of the other cities, but nevertheless, the weather and the cold are things that are often top of mind when you leave home.

Brothers Arthur and Daniel Chmielewski, founders of HAVEN, know the importance of this rudimentary part of Canadian life. This notion is self-evident as Arthur and Daniel look over their latest clothing samples under the HAVEN brand. The characteristics that define Canadian culture are embodied through the HAVEN experience in several touchpoints including ecommerce and brick & mortar retail, a multimedia agency arm that services brands and clients, and now clothing. Running a comprehensive operation like this can’t be done without clarity in Dan and Arthur’s roles. The two make for a complementary duo with differing personality traits at the opposite spectrum for either brother. Dan, the older of the two, oversees operations for HAVEN. He’s characterized by his outgoing persona which is often accompanied by a barrage of sarcastic jokes, clearly in line with his Canadian upbringing. Arthur’s role as the creative director balances with a quieter, almost reserved demeanor, but there’s an undeniable conviction for the beliefs he bestows upon HAVEN.

“When we started HAVEN 12 years ago, it was just our mission to bring really good brands from around the world to Canada,” Arthur explains. “We didn’t have this grand plan that we’re now on a—somewhat on a global stage—so that’s kind of surprising. We honestly thought it was just gonna be—not just me and Dan—but we’d have this business in Edmonton and make a good living at it. But we didn’t understand how it could turn it into what it is now.”

HAVEN started as a small outpost for streetwear and apparel back in 2006 in a relatively little-known city called Edmonton. The capital of Alberta—a prairie province in the Canadian west—the city just shy of one million people is often seen in a different light for both size and character relative to Vancouver in neighboring British Columbia or Toronto farther east, where HAVEN’s locations now feature. Known for its frigid winters, the winter cold is bearable as much thanks to the down-to-earth warmth of the community as it is layers of functional weather-appropriate apparel.

There’s a common assumption that Canadians are humble and polite in character and this can certainly be true of the people. A fact that permeates through the global fashion industry, is that Canadian design and manufacturing is considered some of the best in the world. but this is complemented by exacting standards when it comes to design and manufacturing. HAVEN was born in a place where consumers—even non-HAVEN ones—are sticklers for quality. The brothers cite Canada’s four distinct seasons serves as the design impetus for clothes that address immediate functional needs. To name but a few, Arc’teryx and Canada Goose are performance-centric brands that have put the country on the map for sensible and performance-steeped offerings.

HAVEN exists as a platform that intersects travel, vision-focused brands, functionality and uncompromising attention to quality. Early on, it was clear what HAVEN was aiming to achieve. The aspirations were to bring some of the best fashion brands to Canada. But it’s not to say that it didn’t take time with some challenging moments along the way. The first two years were the hardest. “There were days where we had like one or two people and we were like, “Oh shit. we gotta do something,’” Arthur recalls.

When others think about HAVEN, it’s that we put it through our filter. Since we have such a strong connection with our customer, we know how to speak with them.

And initiate change they did.

Each progressive year brought reinforcement and validation. Against the backdrop of the emerging e-commerce scene of the 2000s, the brothers continued to grow their brand by focusing back on people—namely those buying from them. In addition to paying close attention to their growing network of global customers, HAVEN continued to seek out opportunities to serve them better.

“I think it was always staying one step ahead of the field,” Daniel explains. “I remember if everyone had 200 pixels, literally thumbnail size [images], we would make ours a couple hundred pixels more. And if some stores would just have a size selectors, we would write a few sentences about that product.” Improving the buying experience also coincided with a big shift in the very fabric of the Internet. Around the same time, streetwear and its subsequent media platforms began to emerge. High-quality imagery both from an art direction and file format perspective made HAVEN a go-to for customers and media platforms alike. It provided the necessary clarity to make informed decisions. Through HAVEN’s approach that embodies continual refinement, it began to take on a flywheel approach. Overcoming the initial inertia to get the momentum going was challenging but once they had attained sufficient movement, things began to grow rapidly. 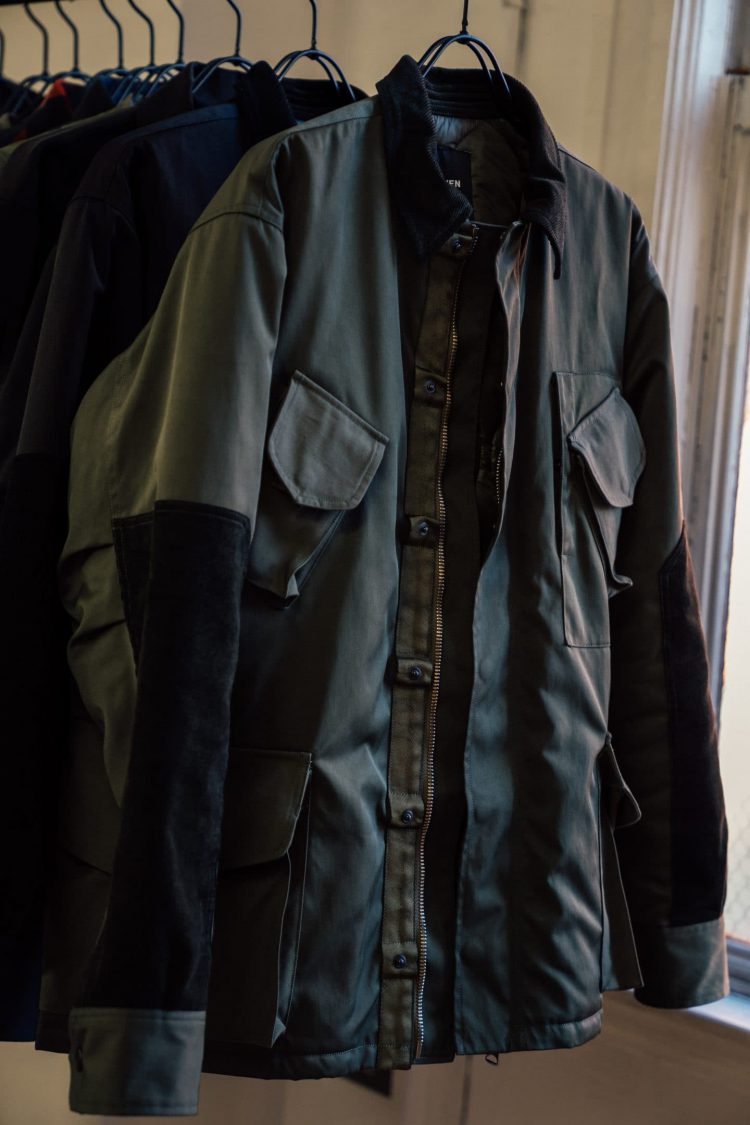 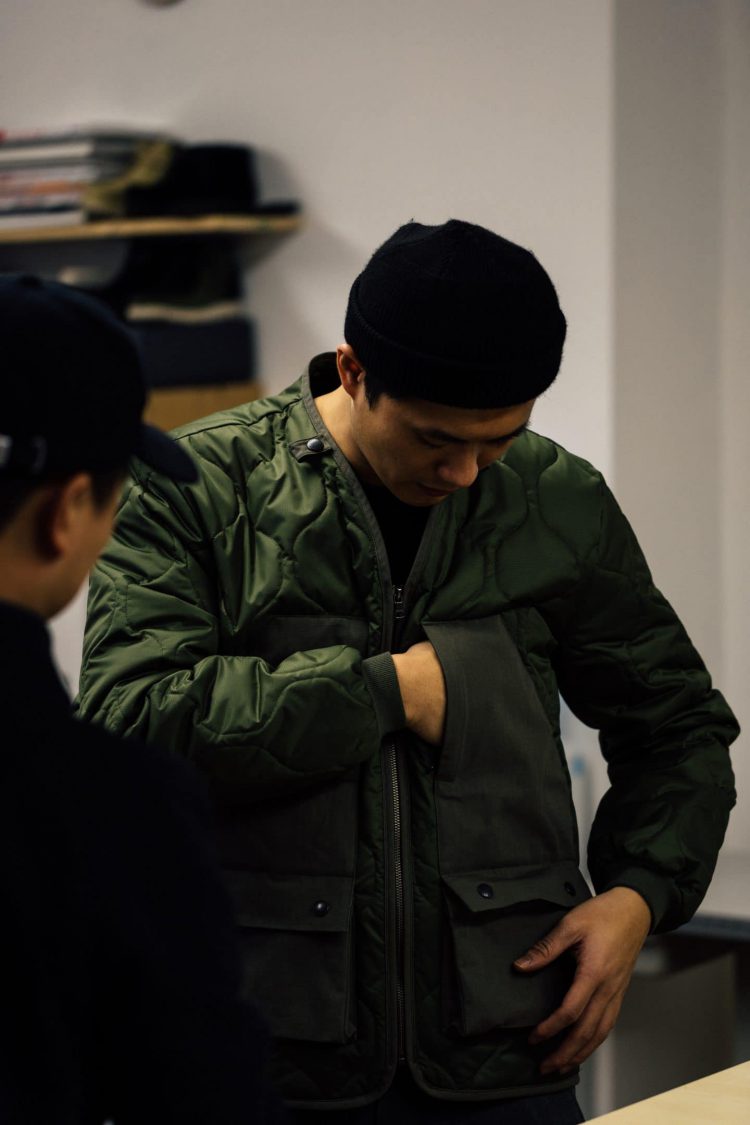 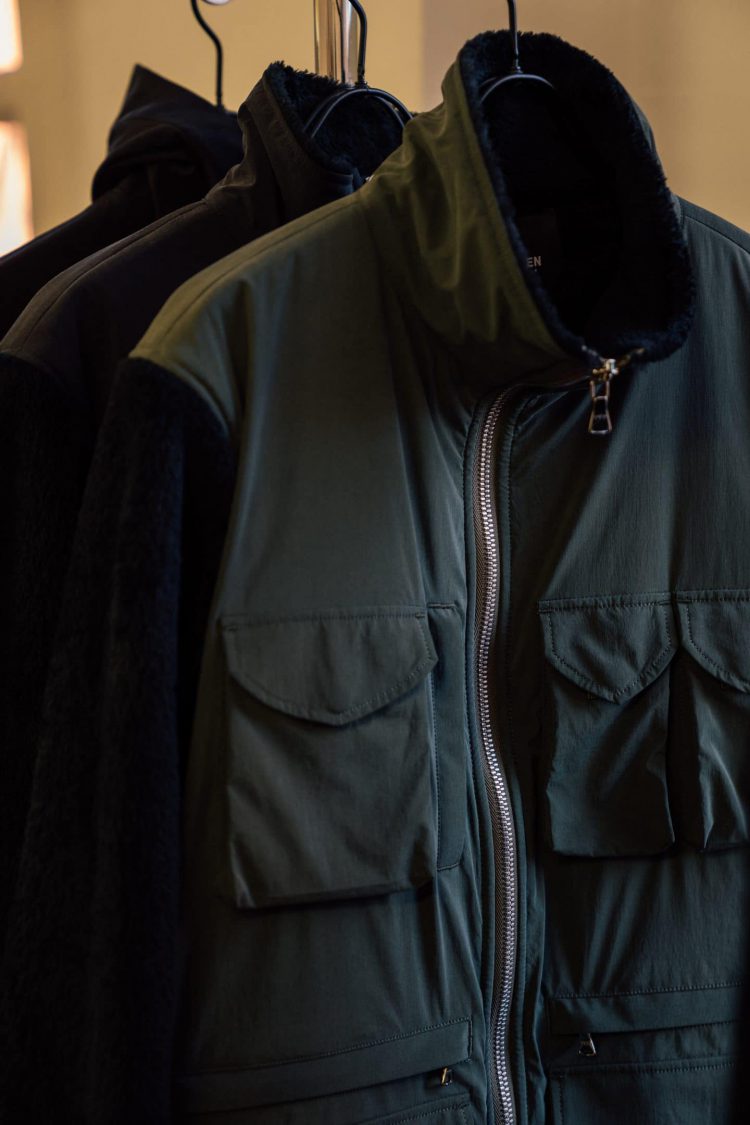 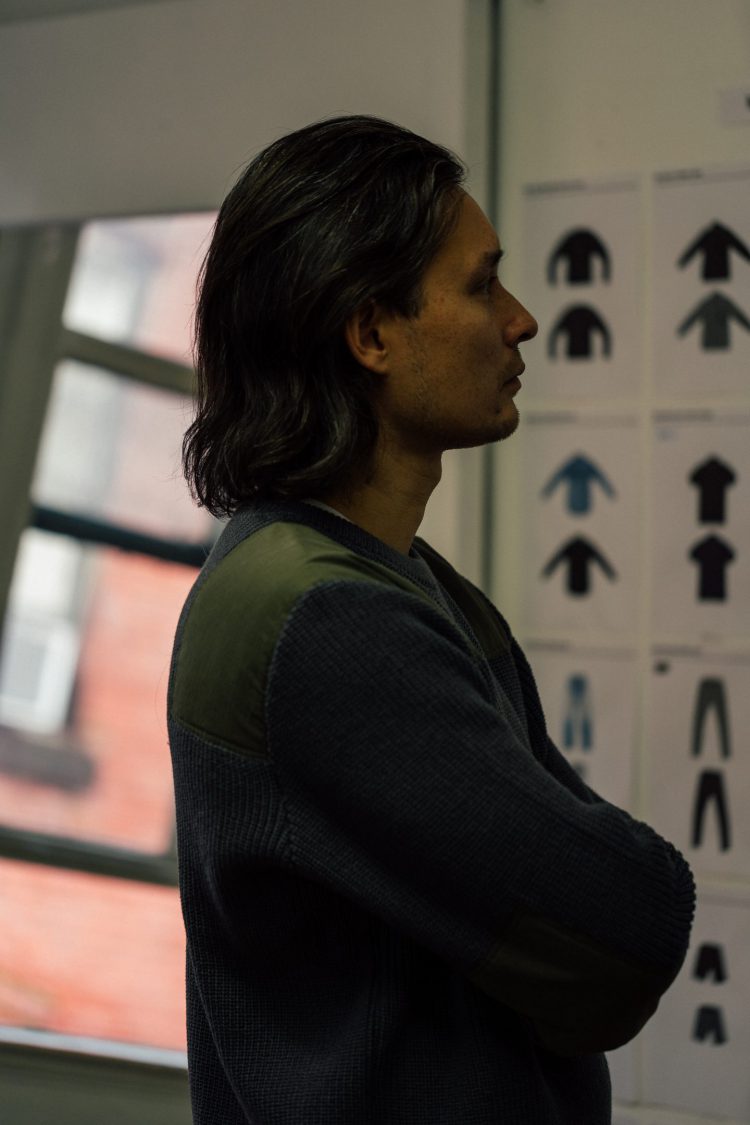 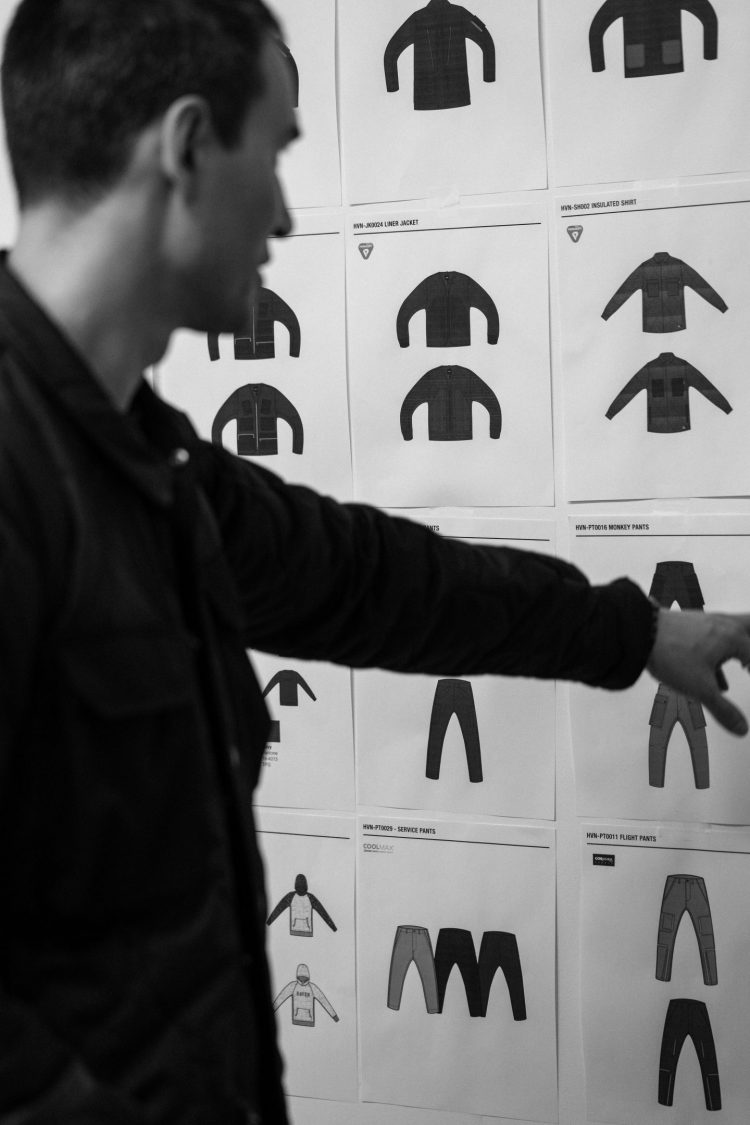 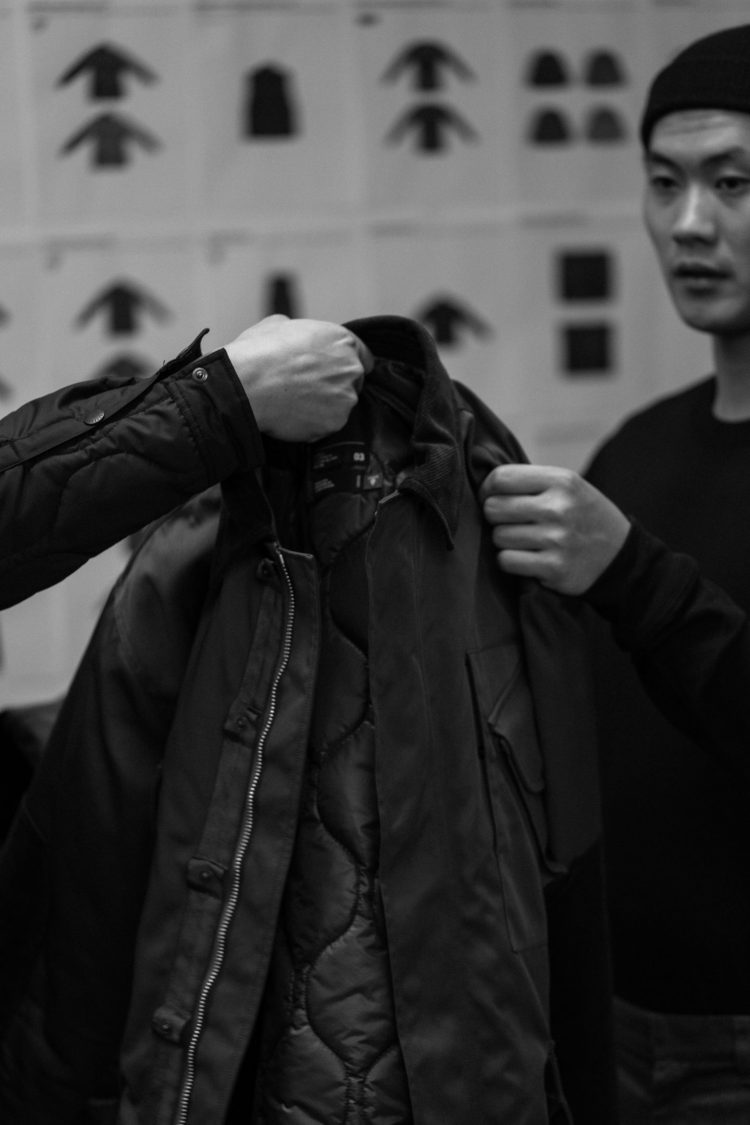 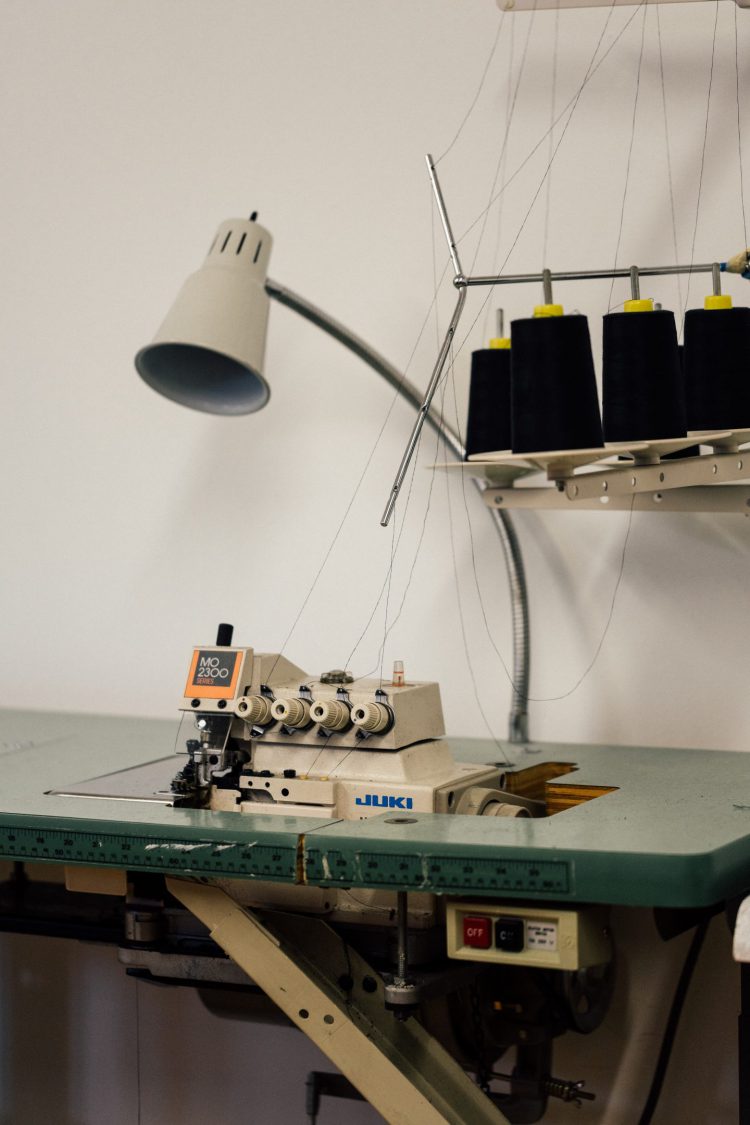 “We’re obviously exposed to inspirations from all over the place. It’s not even just clothing and fashion, but it’s also travel and weather. So we put everything through a HAVEN filter,” Arthur explains. “When you go to our website or you see who we are as people, maybe it’s masculine, it’s utilitarian, it’s product and performance-driven, it’s functional. Those are the core values.”

HAVEN’s starting point, away from an established cultural pillar like a New York, London, or Tokyo meant that their execution was different. It required courage and belief. HAVEN would engage heavily with their customer, and in doing so, offer an iterative experience that would positively shift and change. This required a subtle balance of intuition and trial and error. Starting off in Canada required them to commit to the belief that what they were doing was a mission worth pursuing. It became necessary for them to offer up something unique to them but also authentic to the world around them. This filter that Arthur mentioned, is now a critical part of what makes the cut at HAVEN. It applies not only to the brands they stock in their retail locations but also the products they create and the stories they’d focus on. Over the course of the brand’s lifetime, they’ve tested and hardened this filter at multiple intervals through collaborations with other brands and eventually their own creations.

This culminated in 2016 with their since retired line known as Cypress, which gave them the opportunity to experiment with the combined technical knowledge and detailed personal feedback they’d already spent a decade gathering from loyal consumers. The symbiotic relationship between these customers and HAVEN have enabled both to grow concurrently. Great product in the hands of astute buyers raises the bar and expectation. HAVEN’s relationship with these customers allows them to drive these insights back into HAVEN on multiple levels from retail to product.

HAVEN’s first expansion into apparel began with its first collection in Fall/Winter 2017. A strong base of workwear staples and familiar pieces like work pants, t-shirts and caps, it was their first release strictly under the HAVEN name. But it’s also important to note that the same collection included items that address customer needs in terms of function and quality without shying away from the brand’s roots. When you see knit gaiters, fingerless gloves and nods to classic Canadian staples, it’s clear the brand owns its identity even as it combines diverse influences from the realms of streetwear and Japanese fashion into its utilitarian design language. As HAVEN works on present and upcoming collections, the concept of “hidden tech” has emerged as one of the key themes of its design language.

It’s this uncompromising point of view that’s done more than just allow HAVEN to cement itself as an authority in a scene where strong brands are lacking as of late—it’s turned the brand into an eponymous platform for equally visionary talent. These include Head of Design Tung Vo, incidentally a fellow Albertan from Calgary, who previously held stints as the design lead at respected Canadian brands such as wings+horn, and the more technically-focused Arc’teryx. As the brand moved from strength to strength, it became a magnet for similar talents that understood and supported HAVEN’s simple desire to focus on quality first. Attracting other like-minded individuals has helped accelerate the expansion of HAVEN. Incidentally, starting something new isn’t always linear, at some point hardwork compounds. We’re now seeing HAVEN reaping the benefits of a clear and concise perspective.

“We don’t need more. We need better,” Arthur says. “I think it’s similar to the streetwear boom and bust cycle we witnessed back in 2008-2009. You could walk through the magic tradeshow convention or go to Vegas, and it’s no different than what’s happening now—it’s just on a global level. So we don’t really care about that noise, and we just try to make really good product.”

There’s a movement brewing around our relationship with well-designed and purposeful product. We’ve seen the outcome of an irresponsible mindlessly consuming world left without a strong enough purpose. For HAVEN, it’s these intentionless elements that never make it through the filter.

HAVEN’s growth into a full-fledged fashion line sits at an intersection of fashion and streetwear. It’s the belief in the point-of-view it has to offer, but more importantly, an unwavering commitment to offer some of the best product around. Defining HAVEN isn’t exactly clear cut. The brand known globally as HAVEN isn’t a series of different independent categories over retail, media, and product, but as an amalgamation of perspectives and experiences. The input may be disparate but the output is unified and cohesive.

HAVEN heads to Paris Fashion Week where they’ll unveil the latest evolution of the label: a new collection that expands on its already strong design experience revealed to a hand-selected group of trusted individuals. From there, it’s only a matter of time before the world—dizzied and disillusioned by artifice, hype and posturing—takes notice of the once sleeping giant that’s stuck to its vision, grown all these years and is now walking amongst them.