Following the United States Women’s National Team’s most recent World Cup victory—their fourth championship, in fact—the city of New York threw them a celebration. But more than just about marking a victory after one long-hard battle, the celebration represented a moment for the athletes and their supporters to bring attention to the ongoing fight for equal pay. NYC-based photographer Stephen Han brings us photos from July 10, the first stop in their victory tour.

Tell us about yourself and how you got started in photography.

My name is Stephen Han and I am a Korean American photographer from California, currently living in NYC. I shoot music, editorial, food and more. I try to stay in my lane of shooting what I like so that the passion never dies.
I got started in photography a couple of years ago because of street photography. I used to roam the streets of Los Angeles during the day and at night to find new perspectives. Once I moved to NY, my world became a playground in which the city felt like a movie. The nostalgia of NY makes it so beautiful in its own way. It truly is 1 of 1. Every day, I’m learning how to document as well and have photos that stand the test of time. 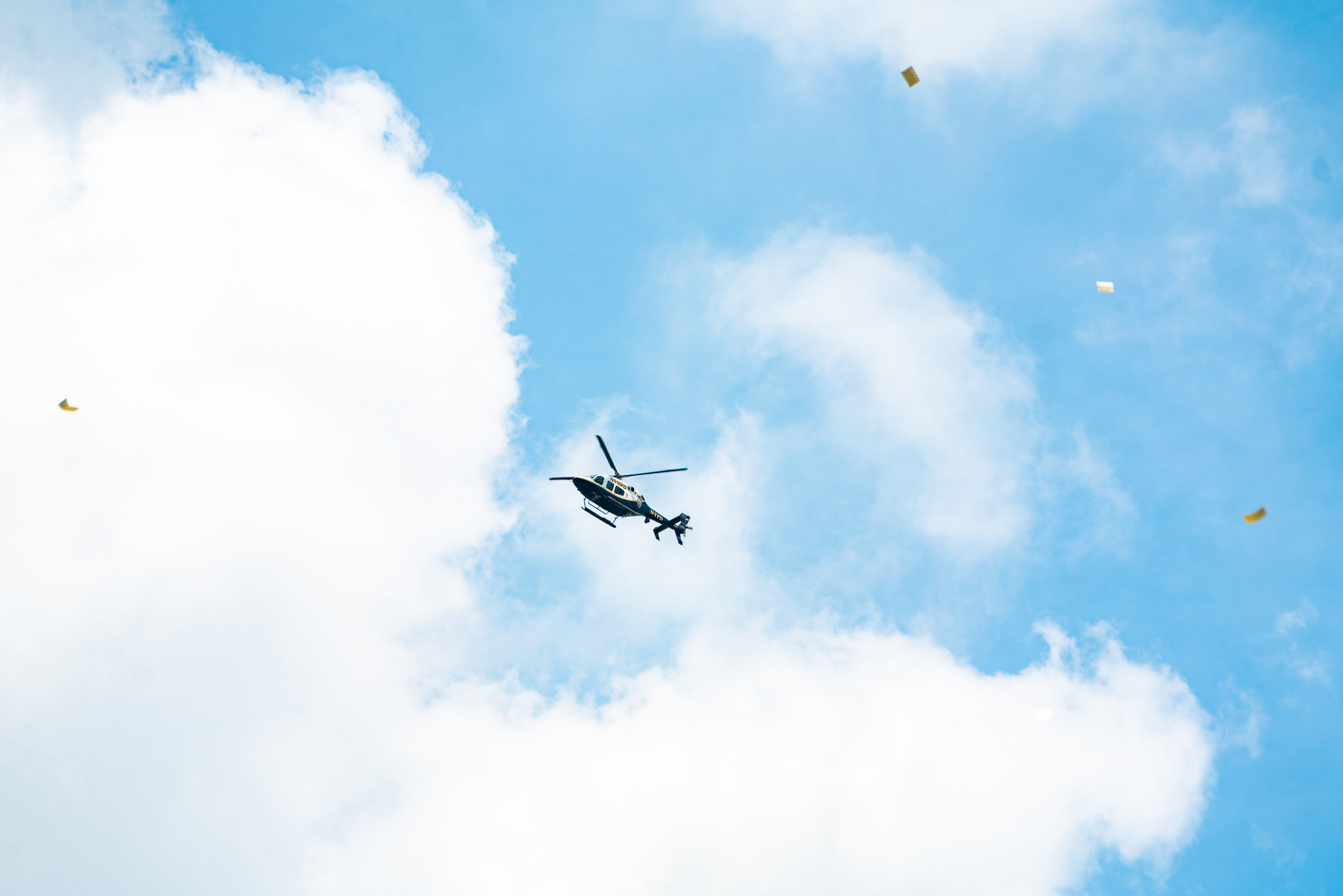 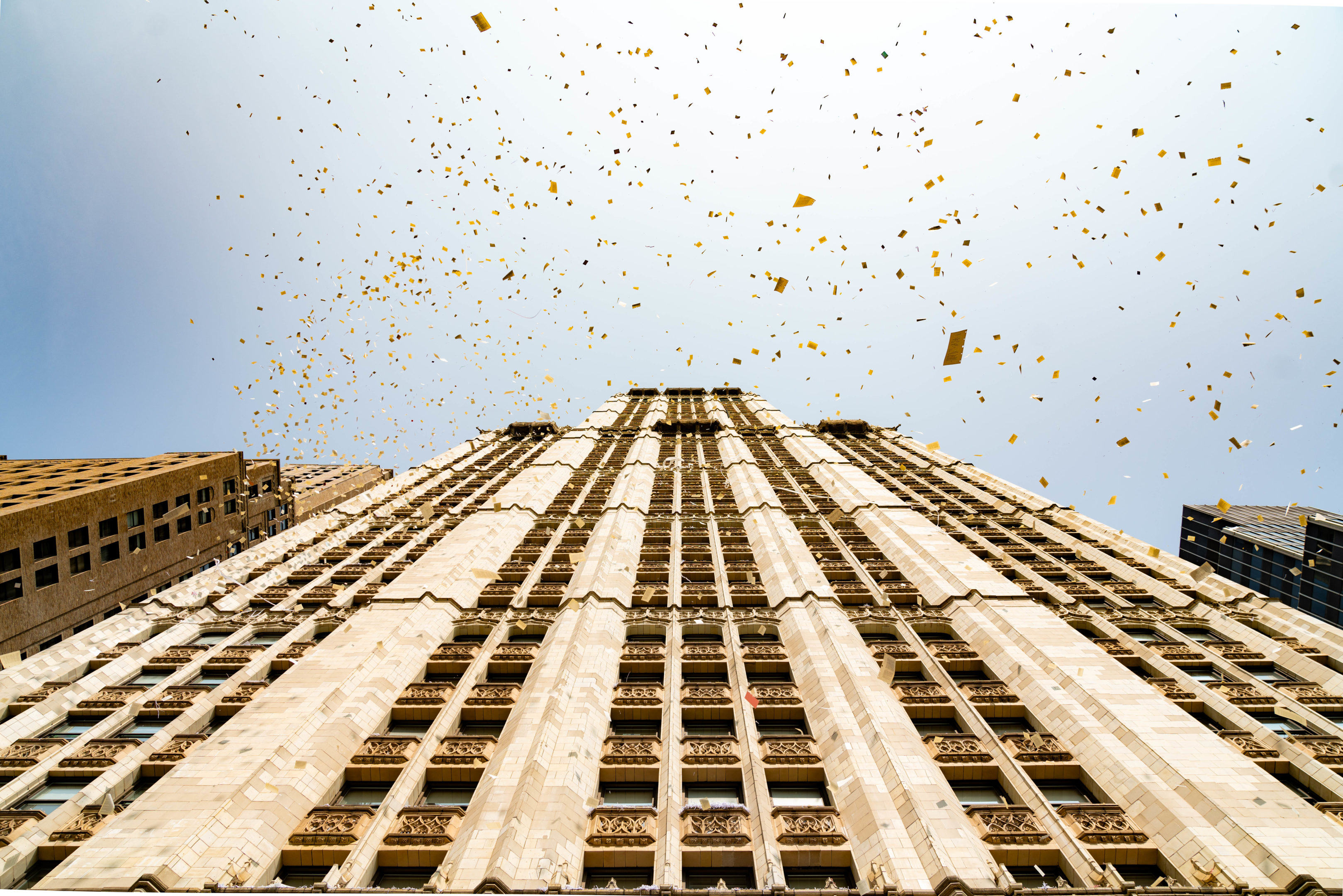 What made you decide to attend this parade in particular?

I attended this parade because I was shooting for a news outlet, which would eventually never get published. Another reason was I wanted to practice storytelling and the importance of finding a connection through photos. Photos last and hopefully this event can be seen as a push towards women’s rights later in the future. 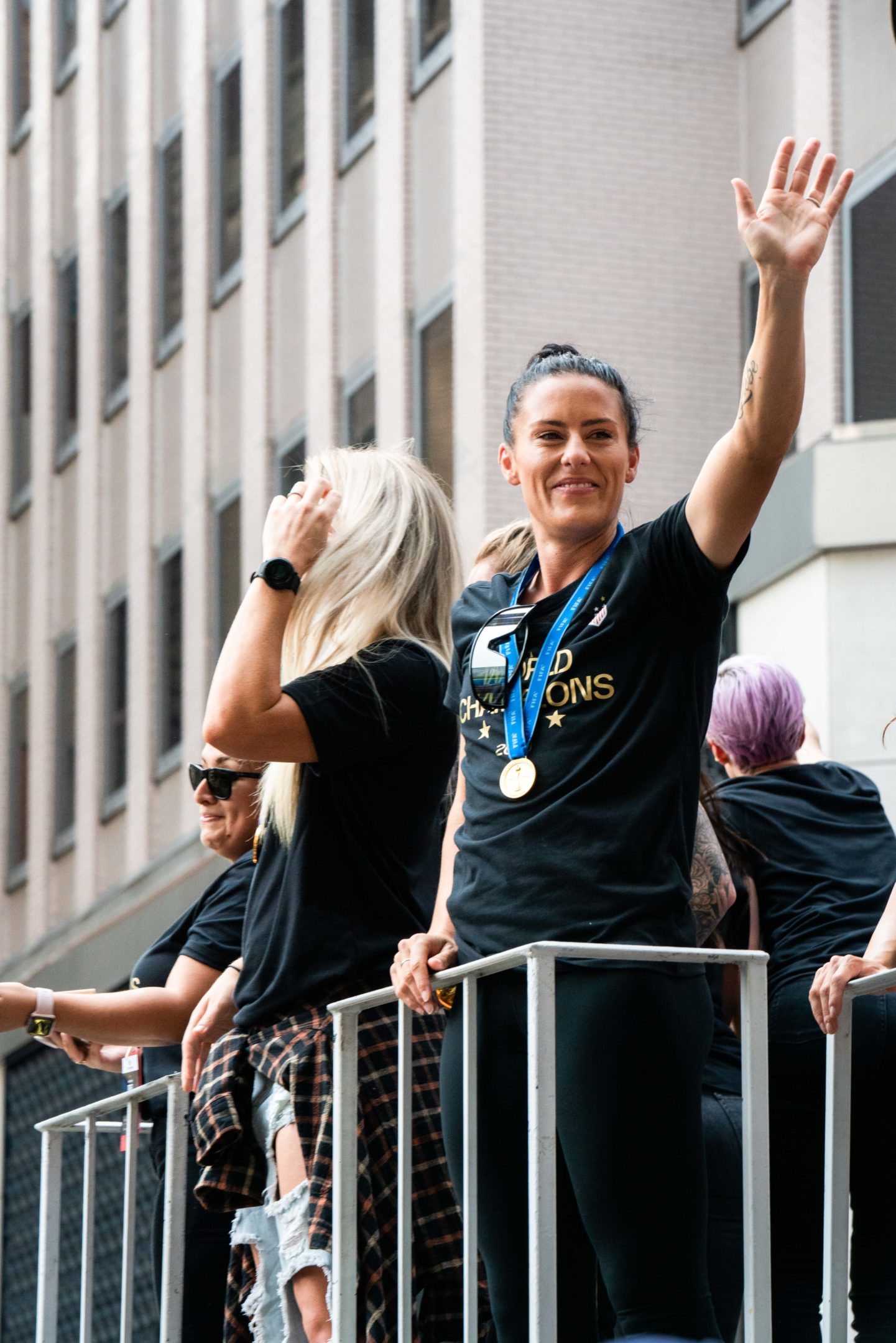 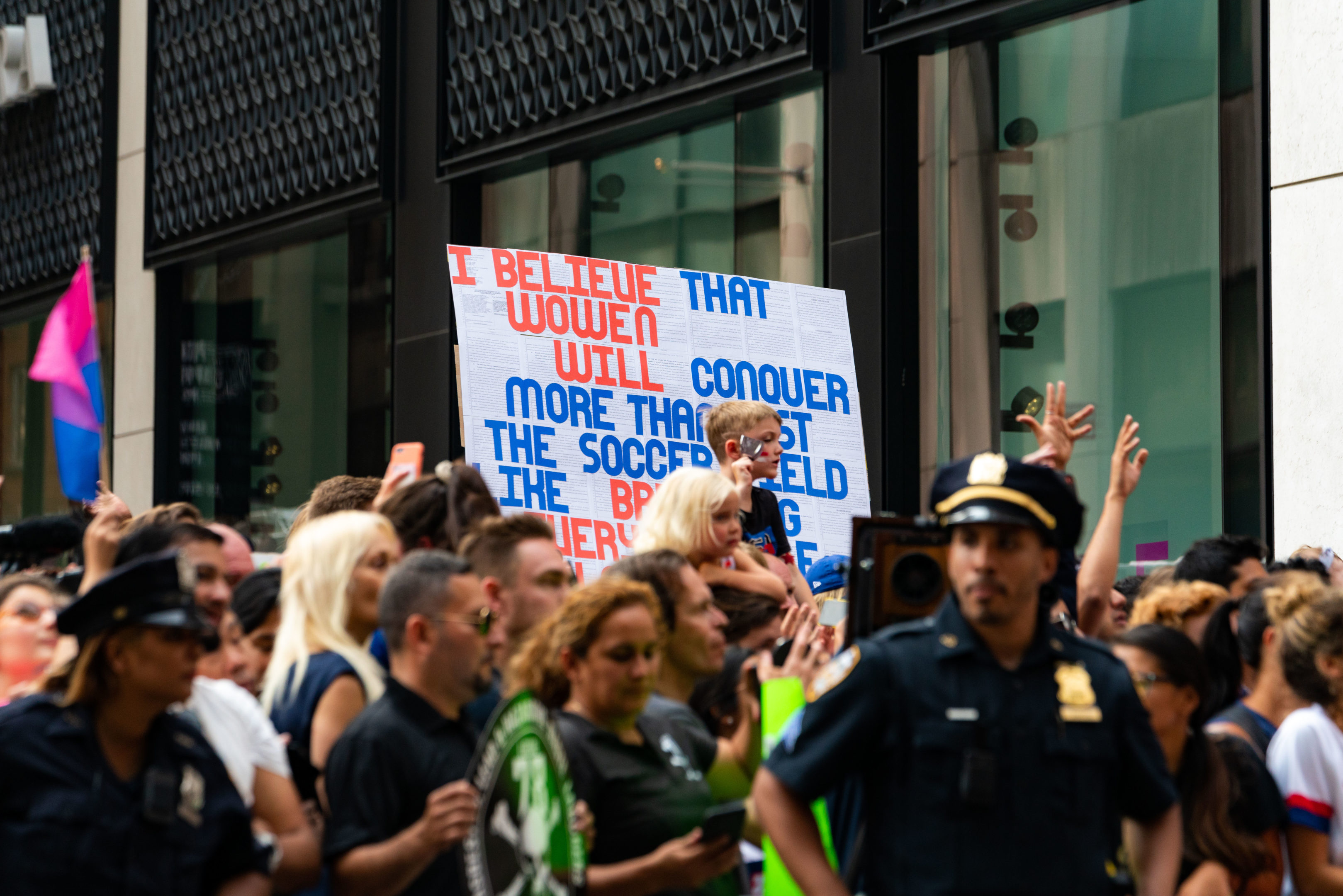 Where did the parade take place?

The Parade started in Battery Park and went all the way to City Hall. A large chunk of Lower Manhattan was blocked off. The streets were filled with roadblocks and the sidewalks were flooded with people. Half of them were trying to see the parade while the other trying to go to work.
On the way to the parade, the trains would sparsely be scattered with young girls with jerseys of their favorite players. This made me happy to see because this scene seemed so much more than a celebration. It represented a new era of women’s voices being heard with the support of New York behind it.
The USWNT team would eventually ride floats and on top of busses to end up at City Hall. There, the USWNT was given keys to the city in reward for their efforts in winning another world cup. The event was fairly organized: if any city knows how to allocate sections of the city for a purpose, nobody can do it better than New York. 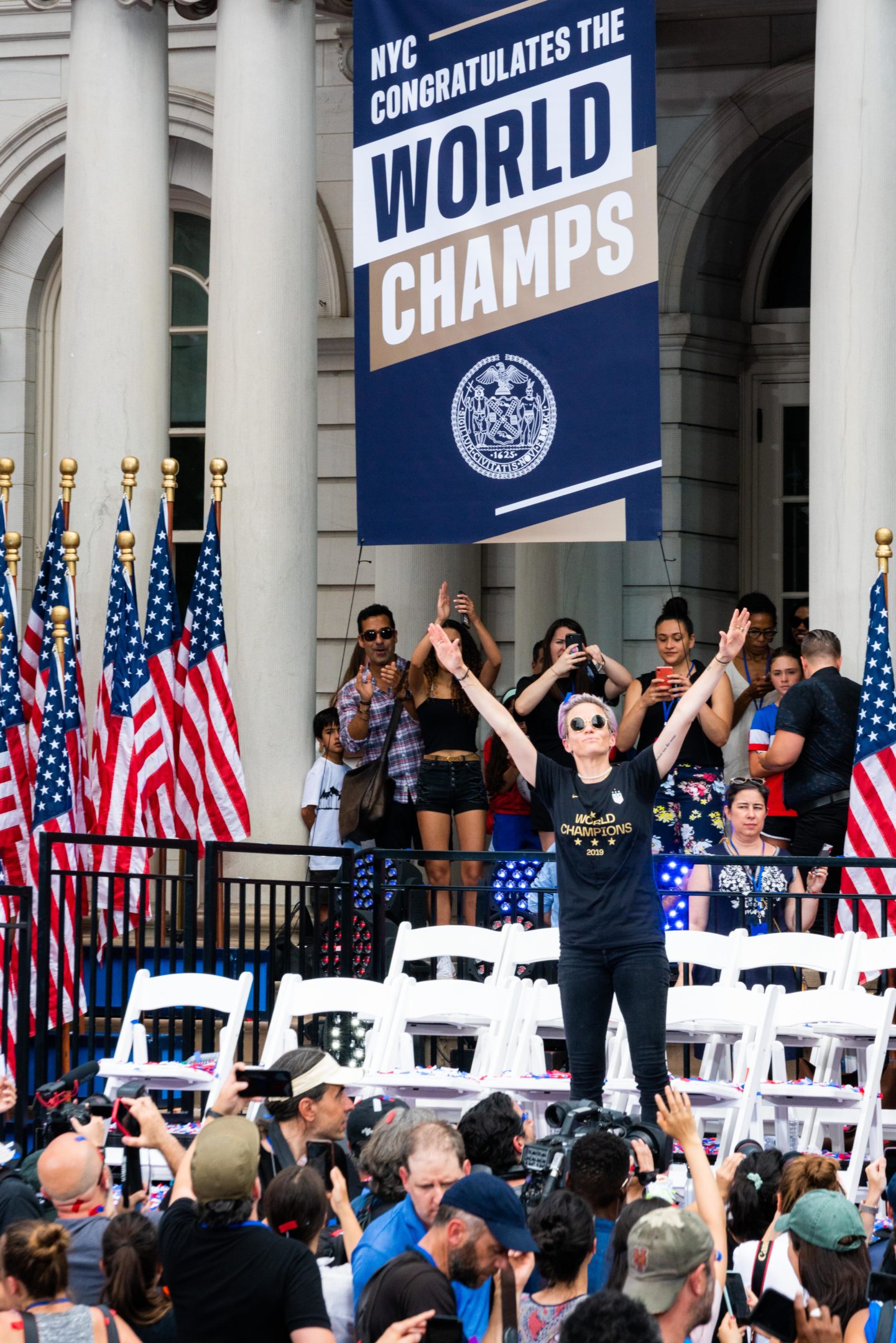 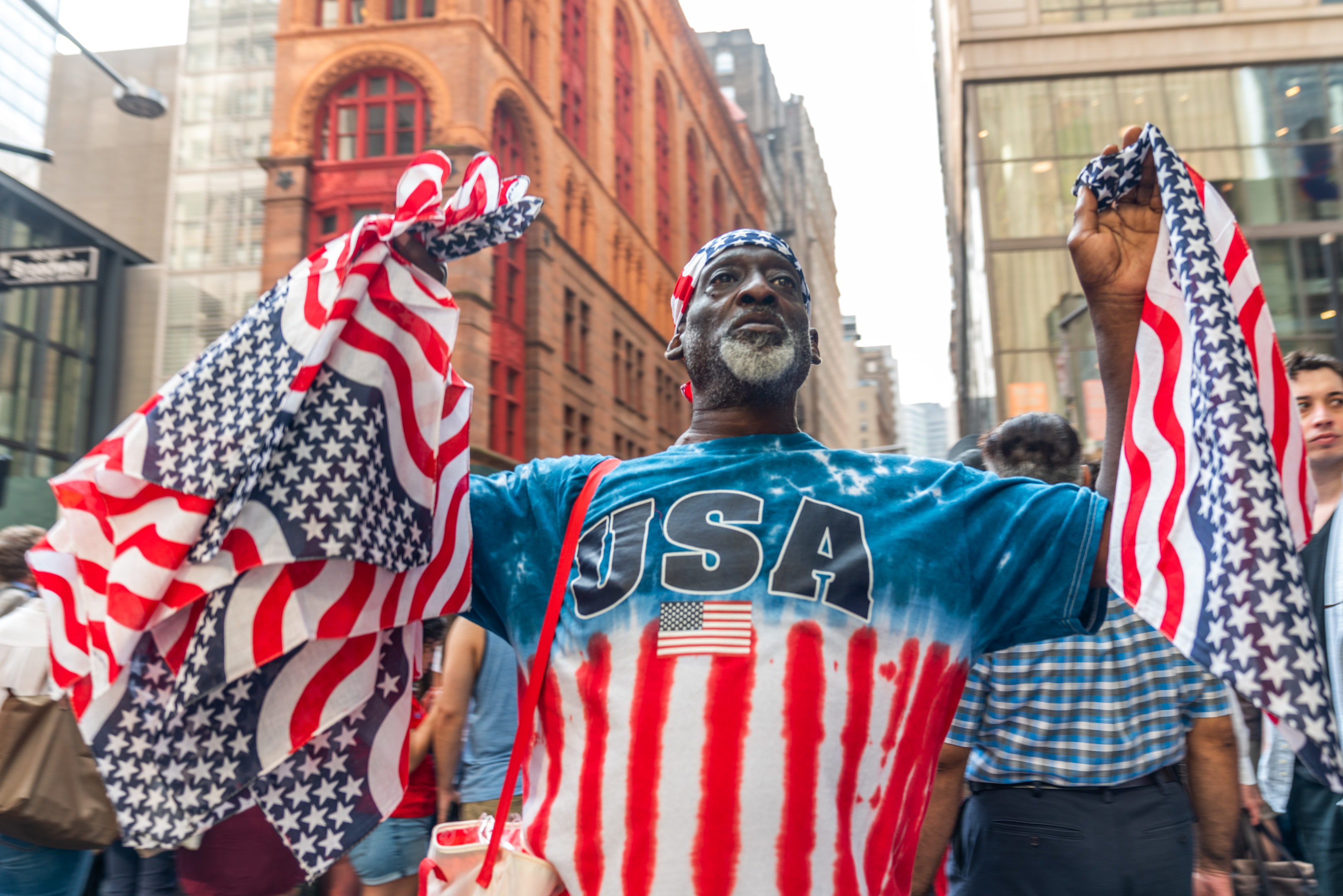 The atmosphere was hectic, to say the least. There was a wide variety of fans and people coming out to support. Women of varying ages, hustlers trying to sell merch, families, and more all came out to give their support. People came up with all sorts of creative banners regarding equal pay.
Alex Morgan and Megan Rapinoe, the team captains, have constantly been speaking out about equal pay and even doing controversial celebrations during the matches (The Tea Sip in France). By being outspoken, Alex and Morgan are making it easier for women to voice their opinions and it was blatant to see during the parade. This was a proud moment to see as well as document. 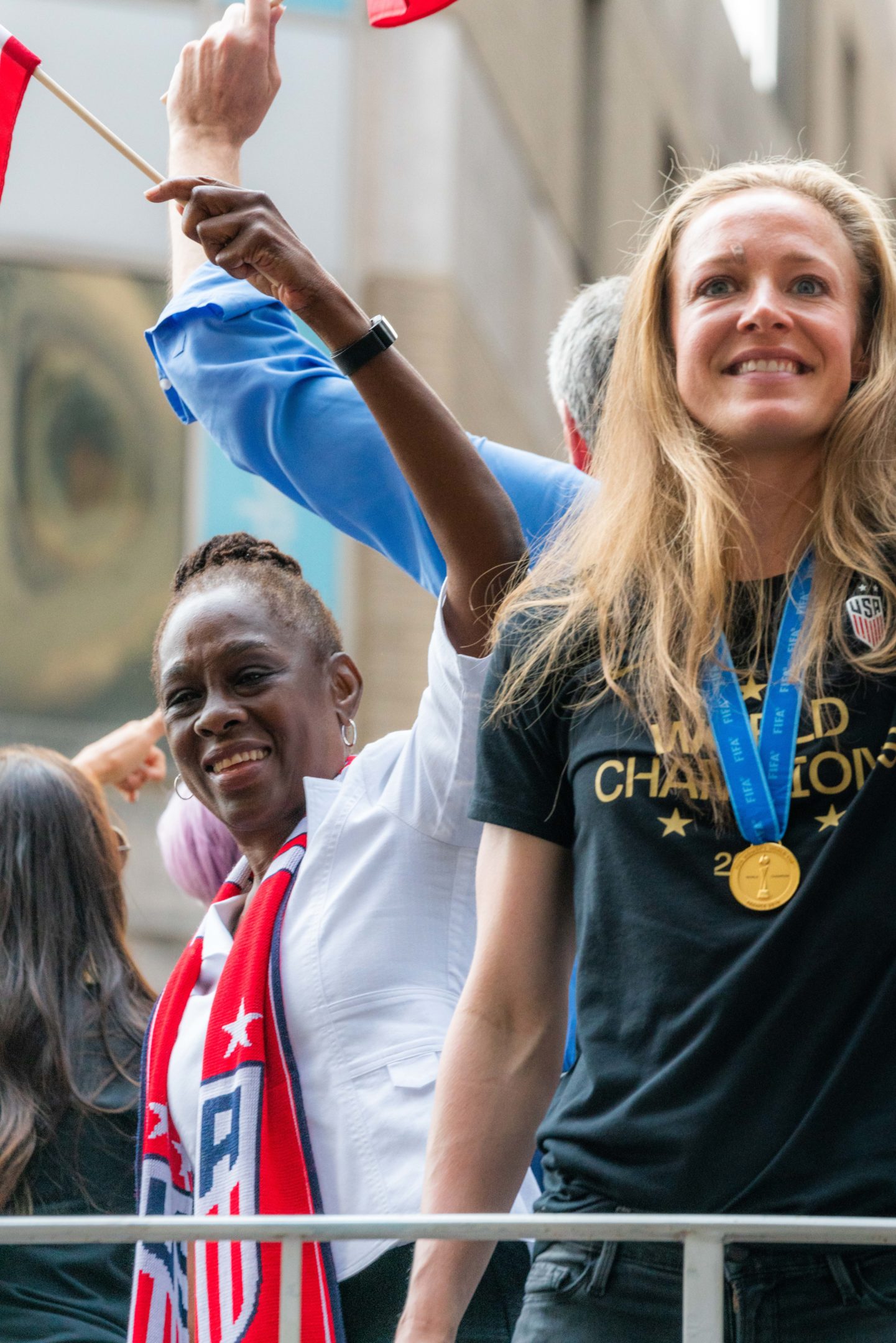 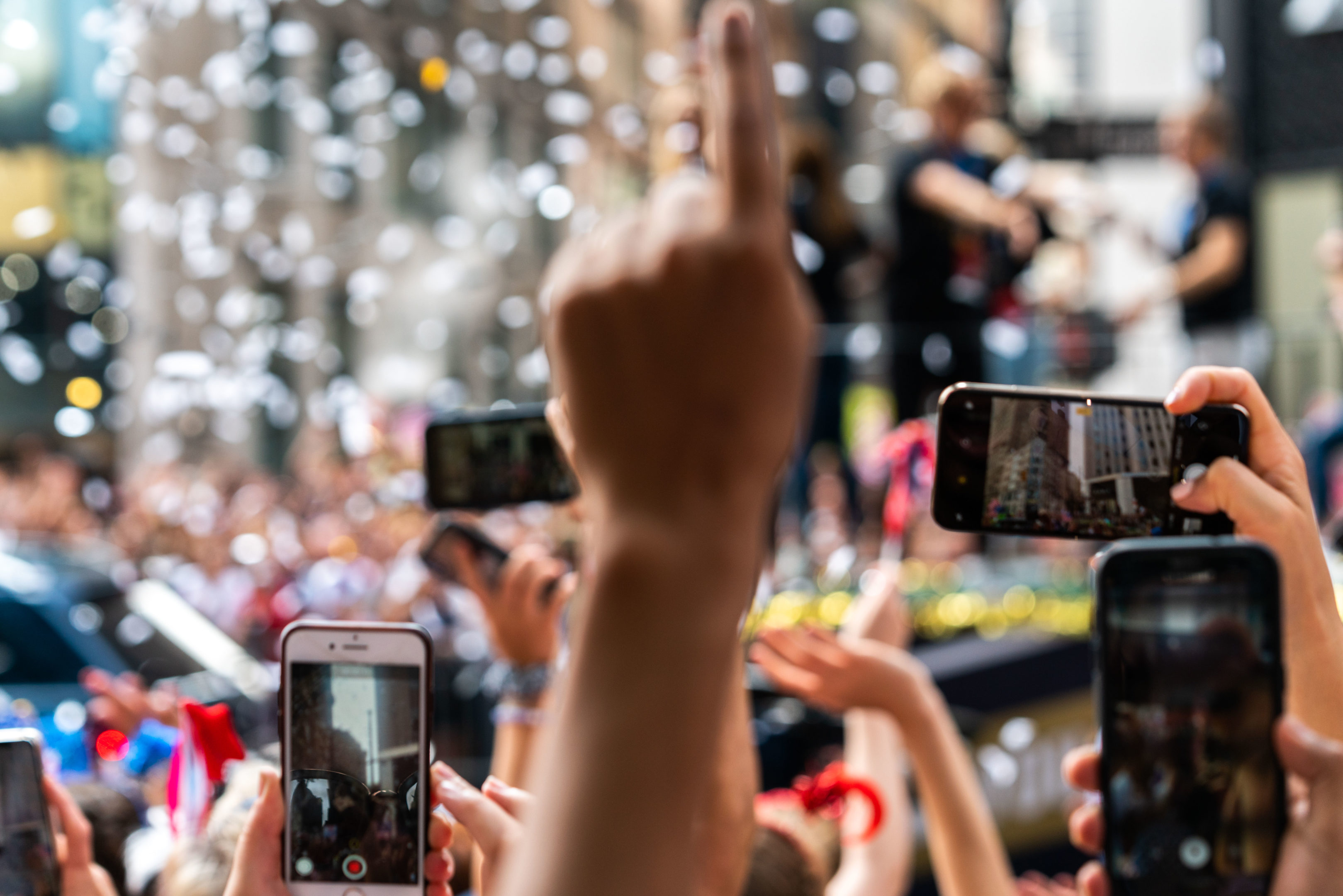 What do you think this victory means for soccer in the country? For girls and women in particular?

This is actually the 4th World Cup that the women’s team has won. This moment is huge for women. It has given them a platform to speak on their woes and is giving inspiration for future generations to be treated fairly. There was a moment during the speech in which the director of the women’s world cup had to stop talking due to the roaring of the crowd. This rally lasted about a minute, but in person seemed like forever as they chanted about equal pay. 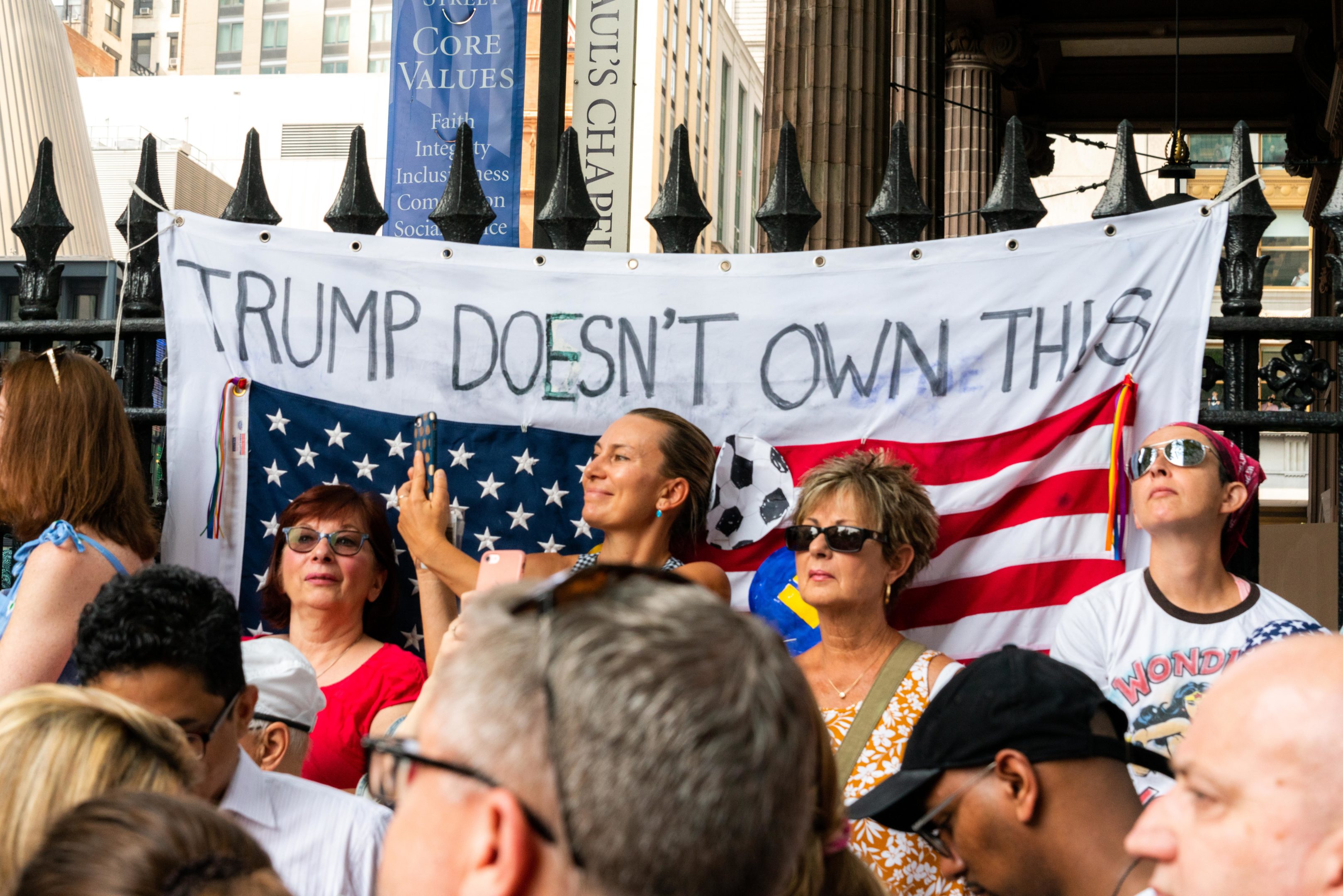 What takeaways or new perspectives did you get from being on the ground at the parade?

I’ve always felt this way, but coming to an event like this only strengthens my beliefs: Respect women. 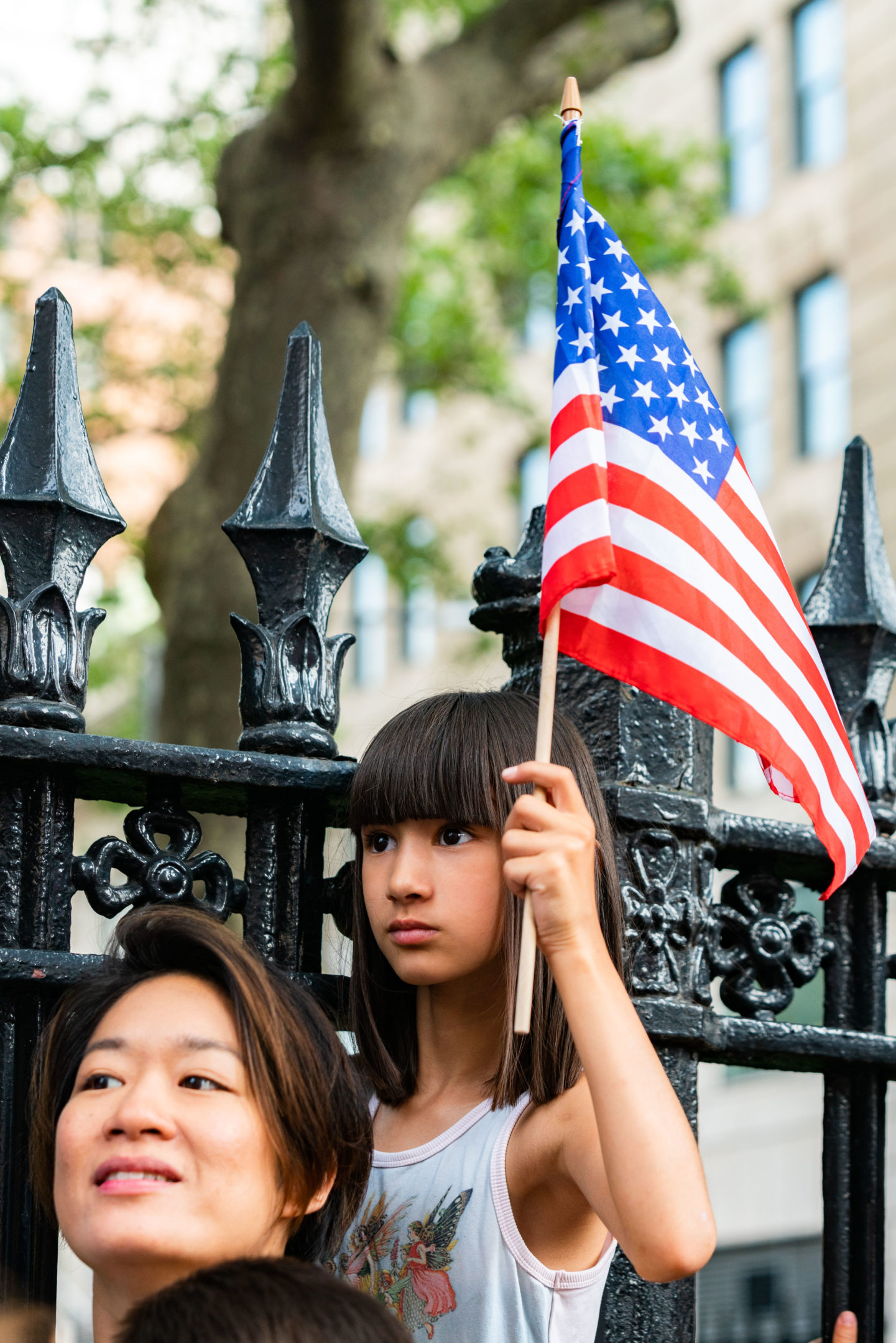 Any projects or people you’d like to shout out?

Shout out that news outlet that didn’t like my photos. I see you. 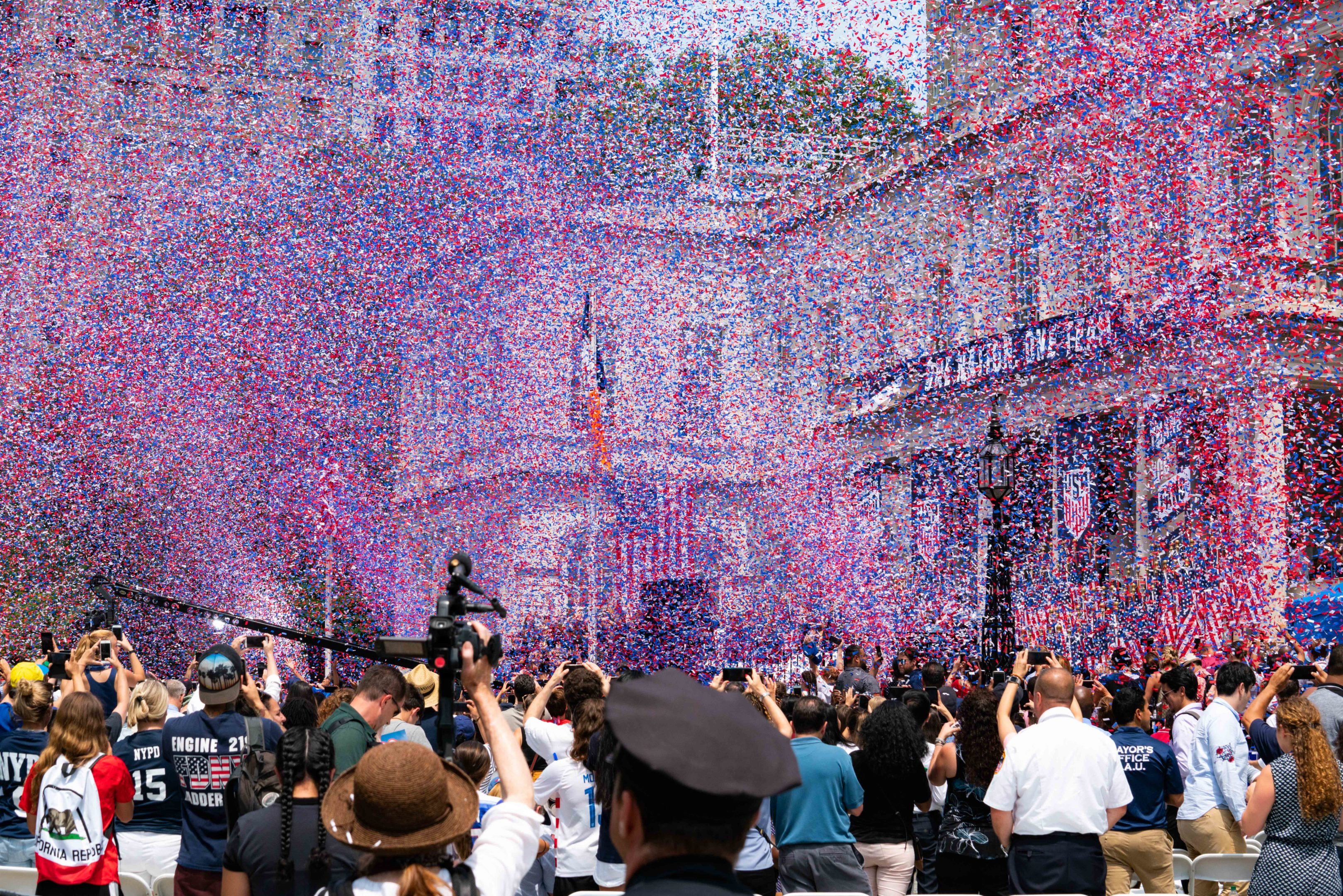